Chris Pratt's revelation about 'Thor: Love And Thunder' may make you look forward to the movie even more. Read on to know everything about what he said. 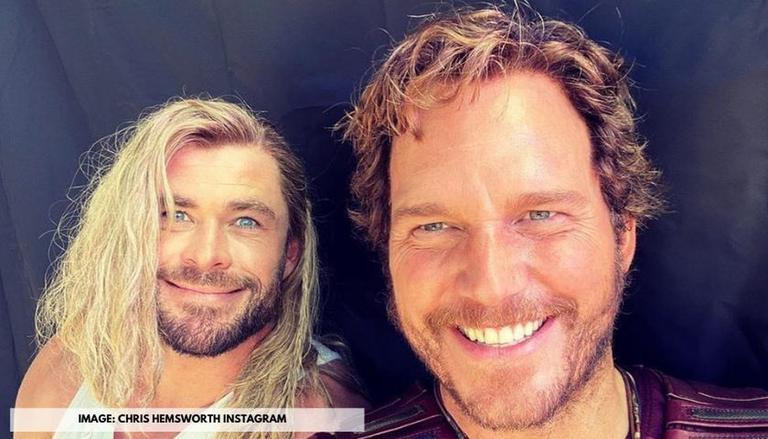 
The Tomorrow War star Chris Pratt has quite recently revealed that the MCU fans will get to see more of the rivalry between his MCU character, Star-Lord and Chris Hemsworth’s Thor in Taika Waititi's Thor: Love And Thunder. The on-screen rivalry between the two was established when they shared screen space for the very first time in Avengers: Infinity War. The animosity between the two was seen yet again in Avengers: Endgame. The final scene of the film saw the Guardians' leader and Thor boarding the same ship and flying away to a distant land while quarrelling over who is the true leader of the Guardians.

Chris Pratt on what to expect from the duo in Thor: Love And Thunder:

The officials at WeGotThisCovered quoted Pratt, 42, quoting something on the lines of them discovering that the fans liked the odd dynamic that the two shared in the final few Avengers film. Adding on to the same, Pratt shared that Thor: Love And Thunder cast member and director, Taika Waititi had a vision for it and he is of the opinion that the fans are going to like what they are going to see in the upcoming Thor solo film. While delivering his final few statements, the actor said that it will pick up "in the same vein". More information regarding the same will be shared with the readers as and when they are made available.

About Thor: Love And Thunder:

The film in question is supposed to set up the successor to Chris Hemsworth's MCU character and is supposed to see him embark on a mission unlike any other with the Guardians Of The Galaxy as well as some of the remnants of Asgard. The filming process of the same quite recently came to a conclusion. As far as Thor: Love And Thunder release date is concerned, the movie as of now is slated for a theatrical release on the 11th of February, 2022.

READ | 'Thor 4' fan theories: Here's what fans have speculated about the film

Ahead of filming the same, the cast list of the upcoming Taika Waititi directorial, which will also see Christian Bale make his MCU debut as Gorr The God Butcher, saw the addition of Russel Crowe to it. The production team behind the same intended on keeping Crowe's casting under wraps, but after pictures of Crowe spending time with the cast members of Thor: Love And Thunder went viral, Marvel Studios decided to let the cat out of the bag. A picture of Crowe spending time with Hemsworth and his wife, Elsa Pataky can be found below.