Christopher Nolan Is All Praise For 'Dune', Says 'it’s An Extraordinary Piece Of Work' 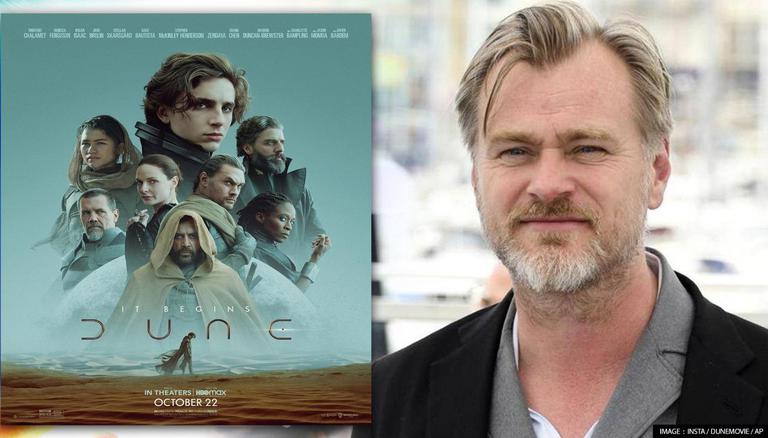 
Denis Villeneuve's epic sci-fi movie Dune was released earlier this month on October 22 and has been receiving praises and rave reviews from critics and audiences alike. The movie is based on Frank Herbert's 1965 novel follows the story of Paul Atreides played by Timothée Chalamet. Critically acclaimed filmmaker Christopher Nolan recently sat down with Dune's director Denis Villeneuve for a podcast and heaped praises for the sci-fi movie.

As per Hollywood Reporter, Christopher Nolan sat down with Denis Villeneuve to discuss the making of Dune for an episode of the Director's Cut Podcast. During the podcast, Nolan praised the movie and said, "It’s one of the most seamless marriages of live-action photography and computer-generated visual effects that I’ve seen. It’s very, very compelling at every turn."

He added, "I think this film is going to introduce a whole new generation of fans to Dune who have never read the book and perhaps will go and read it now. I think it’s an extraordinary piece of work. I’ve had the luxury of seeing it a couple of times now, and each time I watch it I discover new things, new details to the world. The way in which it’s made is absolutely for the big screen. It’s a real pleasure and a real gift to film fans everywhere and thank you very much for that, Denis."

Dune follows Paul Atreides played by Timothée Chalamet, as he and his family fight for survival on the desert planet Arrakis. The movie is planned to be split into two parts and Dune is the first of a planned two-part adaptation. However, a sequel for the movie hasn't been confirmed by the studio yet. The movie features an ensemble cast that includes Rebecca Ferguson, Oscar Isaac, Josh Brolin, Stellan Skarsgård, Dave Bautista, Stephen McKinley Henderson, Zendaya, David Dastmalchian, Chang Chen, Sharon Duncan-Brewster, Charlotte Rampling, Jason Momoa, and Javier Bardem.

Even though the movie had a hybrid release i.e it was released on HBO Max and the theatres at the same time, the movie had a successful run at the box office. As per reports by AP, the film debuted with $21.6 million in China, where Legendary and Wanda handled distribution. In total, Dune added $47.4 million internationally for a global cumulative gross of $220.7 million.