Dave Bautista has refused to confirm Drax's role in 'Thor 4'. This comes after Marvel confirming that 'GOTG3' and 'Thor: Love and Thunder' are related. 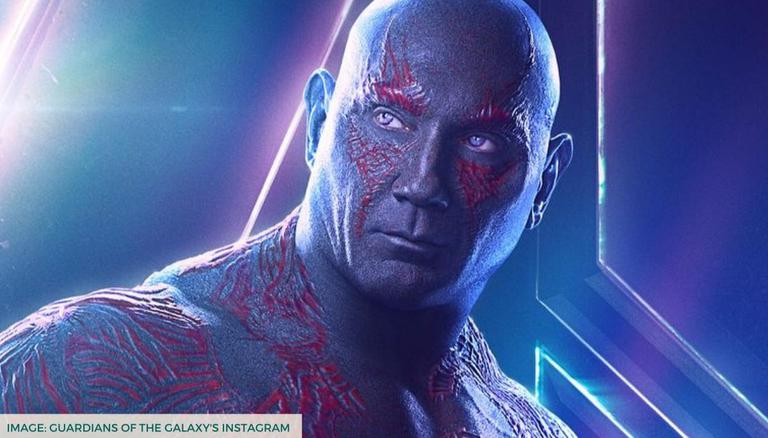 Is Dave Bautista reprising his role as Drax in Thor 4?

Dave Bautista had a successful career run in the WWE ring. After biding adieu to his wrestling days, he turned his head towards Hollywood and since then has starred in several films and TV shows. But one of his most successful on-screen roles has been as Drax the Destroyer in the Guardians of the Galaxy franchise. Dave Bautista took on the role in 2014 and since then has become a household name because of it.

But is Dave Bautista reprising his role as Drax in Thor 4? This question is bugging several Marvel fans since the studio has confirmed that Taika Waititi’s Thor: Love and Thunder and James Gunn’s Guardians of the Galaxy vol. 3 are related. Hence, many character crossovers are expected in both the movies. But Dave Bautista is yet to confirm his role in Thor 4.

READ | Dave Bautista reveals plans to be a 'World Champion Director' next; details

A post shared by Guardians of the Galaxy (@guardiansofthegalaxy)

In an interview with The Hollywood Reporter, Dave Bautista played coy about his role and did not directly answer this query. He said that assuming he went to Australia to shoot for Thor 4, he has not received an info from Marvel or Disney about whether it is okay for him to talk about his role. So, he has chosen to “neither confirm nor deny” his role in Thor: Love and Thunder.

He further added that he does not want to piss off anybody at Marvel or Disney. He knows that Chris Pratt has received a confirmation to talk about his role in Thor 4 but that is not the same case for him. Dave Bautista did not forget to add how most of the cast members’ on-set pictures have already leaked except him, so he has not confirmed about his appearance yet. While talking about his role in the film, the GOTG 3 actor did not forget to praise Thor 4 director Taika Waiti who previously directed a What We Do in the Shadows episode starring Bautista.

READ | James Gunn’s firing from GOTG3 was a "personal" & "political" attack: Dave Bautista
READ | What happened to Dave Bautista? Why did he exit from 'GOTG 3'? Find out