Did Jacob Elordi Date Zendaya? Here's All You Need To Know About Elordi's Dating History

Jacob Elordi is currently dating model Kaia Gerber. But before he made it official with Kaia, he was dating two of his co-stars. Any guesses who they were? 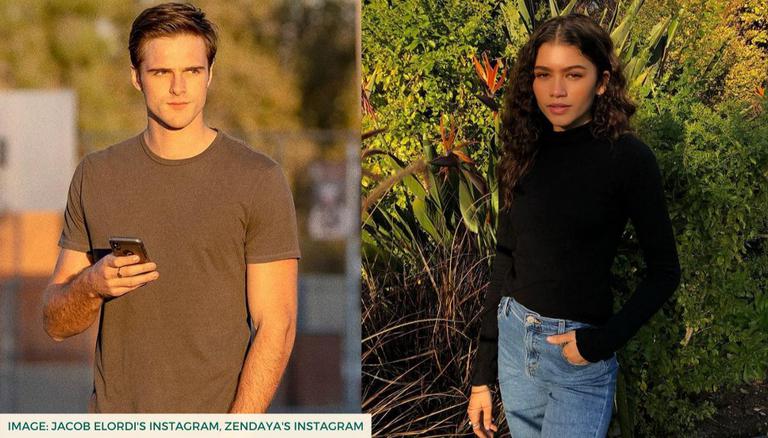 All the Women Jacob Elordi has dated

Kaia Gerber and Jacob Elordi were first spotted together in September 2020. According to People’s report, Kaia and Jacob stepped out for a dinner date in Malibu’s famous Nobu restaurant. Moreover, Jacob Elordi also accompanied the Gerber family on their Mexico vacation. On November 2, 2020, Kaia Gerber made her relationship with Jacob Elordi official by sharing pictures of them dressed as Elvis and Priscilla Presley.

Before dating model Kaia Gerber, Jacob Elordi was dating Emmy-winning actor Zendaya. The two starred together on the show Euphoria. Zendaya won her first Emmy for the same show. According to CapitalFM, Jacob and Zendaya were first linked together in August 2019. But nothing was confirmed by them. In January 2020, Jacob and Zendaya were spotted together on a dinner date and on a few more occasions. Zendaya also presented Jacob with an award at the American Australian Association Arts Awards in New York. While introducing Elordi, Zendaya referred to him as her “best friend”. Soon, this relationship seems to have fizzled out as Jacob was spotted with Kaia.

Jacob Elordi’s most highly publicized relationship was with actor Joey King. The two began dating while shooting for their Netflix film The Kissing Booth. As rumours about their relationship quickly spread like wildfire, the two made it Instagram official. Moreover, they were also spotted together on several occasions. But soon it was revealed that Jacob Elordi and Joey King had spilt up in February 2019.

Things became more awkward as the two starred together in the second installment of The Kissing Booth franchise. The two once again portrayed the role of high school couple Noah Flynn and Elle Evans. But this time, Noah was off to college with Elle getting confused between her boyfriend and a new guy named Marco. Now, Joey and Jacob will be once again sharing screen space as their franchise characters in The Kissing Booth 3, set to release in August 2021.