Did You Know Will Smith's Pic With Justin Bieber Was IG's Most 'liked' Pic Of The Decade?

Will Smith's picture with Justin Bieber that was posted on the latter's account back in 2013 has gone on to become one of the most liked pictures of the decade.

The picture that gained such popularity on Instagram was posted by Justin Bieber on August 15, 2013. The picture was captioned, “Me and uncle Will”, by Bieber and saw the two of them posing for the picture with huge smiles on their faces. The two global icons were seen dressed very casually in the picture with Will Smith wearing a black tank top with red pants and Justin Bieber in his trademark look of that era comprising of a white tee and a black cap, with a long gold chain. The two were standing with their arms around each other, their pose speaking of familiarity and comfort. It was a seemingly unassuming picture and yet it has become the most popular picture on the app, gaining likes and comments almost a decade after it has been uploaded. 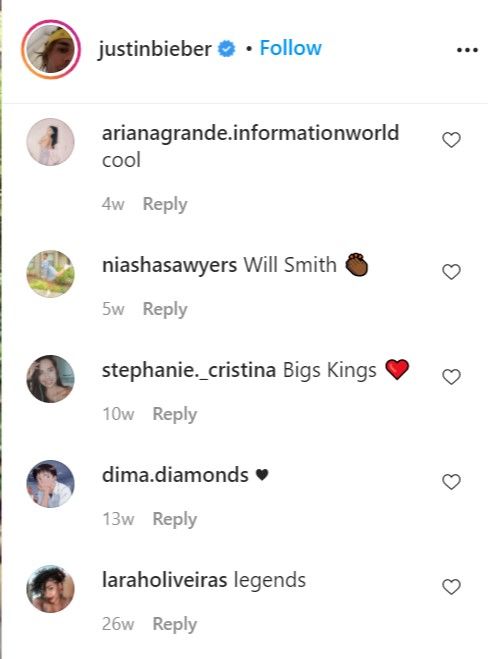 READ | Victoria Beckham refuses to wear Crocs sent by Justin Bieber; says she would 'rather die'
READ | Do you know which legendary artist is Will Smith's favourite rapper of all time? Find out
READ | Will Smith-Jada Pinkett Smith headed for whopping $270 million divorce? Rumours abound