Dolly Parton Reveals She Sleeps With Her Makeup On, Shares Hilarious Reason

Dolly Parton, in a recent interview, has revealed the reason why she sleeps with her makeup on at night. Read ahead to know more details. 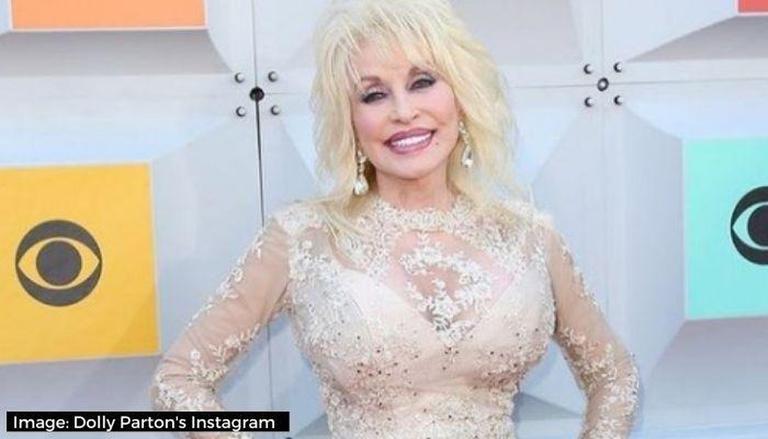 
American singer and songwriter, Dolly Parton never has hair out of place not only for her public appearances but at home as well. In an interview with the Wall Street Journal, the I Will Always Love You hitmaker revealed that she always has her makeup on even at home. When asked why, Dolly had a hilarious response to it.

The 75-year-old singer said that she also sleeps with her makeup on because what if there is an earthquake or a tornado and she has ‘to go out in the middle of the night’. Dolly Parton also went on to add that she does touch-ups to her makeup throughout the day. She further said that if she happens to go out at night, she will add a little glitter to her makeup and add bright coloured lipstick. Dolly also went on to joke that she does not like to remove her makeup after coming home because her ‘poor husband’ has to look at her.

The veteran singer is quite active on social media and gives her fans a sneak peek into her life through her posts. Recently, she shared a video of her feeding treats to her pet dog, a Frenchie, and was also trying to train it. In the video, Dolly was sitting on a chair and heard saying ‘easy’ every time she fed her dog. In the caption of the post, she wrote, “Dolly Mama's Doggy Training. I think @btkthefrenchie deserves a new toy!”

As for her philanthropic ventures, Dolly’s Imagination Library Gifts has reached immense success. Under this initiative, books are sent to children up to five years of age free of cost to inculcate the habit of reading in them. The website of this initiative informed that they mailed their 150 millionth book in 2020.

The singer released her holiday album after 30 years titled A Holly Dolly Christmas last year. The album featured other prominent artists like Michael Bublé, Billy Ray Cyrus, Miley Cyrus, Jimmy Fallon, Willie Nelson and her brother Randy as well. This album charted at number one on the  Billboard Top Country Albums. Dolly has also received several awards and accolades for her contribution to the field of country music.