Rapper Drake has been making headlines for several reasons and he could be the reason for the breakup of Naomi Sharon's long-term relationship.


Rapper Drake has been making headlines for several reasons and now he could be the reason for the breakup of Naomi Sharon's long-term relationship. According to Naomi Sharon's ex-fiancee Jamie Sun, the rapper ruined their 8-year relationship by sleeping with his now-former fiancée. As reported on Hot New Hip Hop, Naomi's fiancé claims Drake and his lady slept together. Naomi is establishing herself as an artist. Jorga Smith has been compared to her. Naomi was recently spotted in the studio with Drake, and her now-ex-fiancé claims the two did more than just record music.

According to the article, Drake is also accused of flying out Naomi Sharon and her partner to work on Certified Lover Boy. Naomi's fiancé decided to call off the engagement after noticing Drake and his lady allegedly getting closer, such as in the gym. Naomi's fiancé is no longer engaged to the singer as a result of his fiancée's unfaithfulness to a superstar-level artist.

He wrote, “Imagine having the most beautiful, supportive, and faithful relationship eight years long with an engagement and wedding planned. A beautiful woman on your side as ride or die”. He added, “Then this major opportunity comes, and a world star calls your fiancé to sign a record deal. Flies you both over, and then out of nowhere, all the trust [vanishes] with knives in your back and your heart.” He went on to say that he’s no longer with Naomi”. Take a look at the post below. 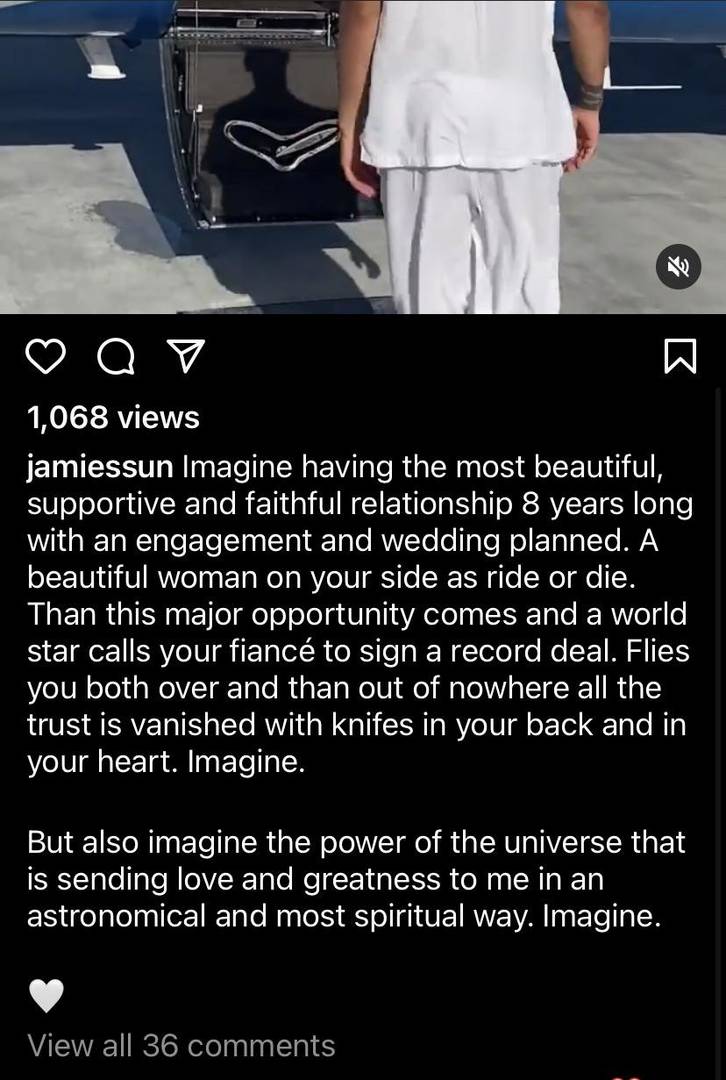 Drake is recovering after knee surgery and has been going to the gym with a group of friends. Baka, one of his rapper buddies, recently shared a video of the God's Plan singer on their Instagram feed, and followers are flooding it with speculations that he has had the surgery and the abs are not real. The rapper was shirtless and dressed in grey sweatpants in the video. The rapper was shirtless in the video, wearing grey sweatpants and purple shoes. Most fans praised the singer for his toned body and ab-cuts, and some speculated that he had plastic surgery. Take a look at the post and a few comments below. 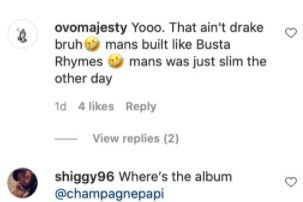