Drake Parties With Michael B. Jordan, LeBron James And Others; View Party Pics

The Canadian rapper, Drake, recently took to Instagram and shared a picture along with Michael B. Jordan, LeBron James and others. Read ahead to know more. 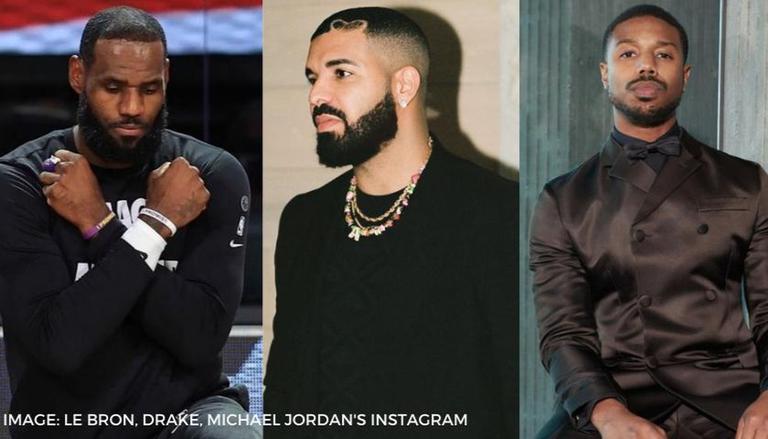 
The Canadian rapper, Drake, recently took to Instagram and shared a picture along with Michael B. Jordan, LeBron James and others. The boy gang had a gala time together while enjoying some drinks at a party. In his caption, Drake mentioned that he “started his Monday off right.” Take a look at his post below.

Drake parties with Michael B. Jordan, LeBron James and others

Taking to Instagram, Drake shared a picture in which he can be seen striking a pose towards the camera with Michael B. Jordan, LeBron James, and others. Drake wore a black, full sleeves t-shirt, black pants and paired his look with black shoes. He held a glass in his hand and in his caption, he wrote, “Congrats to my brothers nothing like some Lobos to start your Monday off right.” Friend and fans such as GIVĒON, Dockery, Tristan Thompson, DJ Paul, Hype Williams, and Michael B. Jordan dropped various comments on his post. Have a look at the fan reactions below. 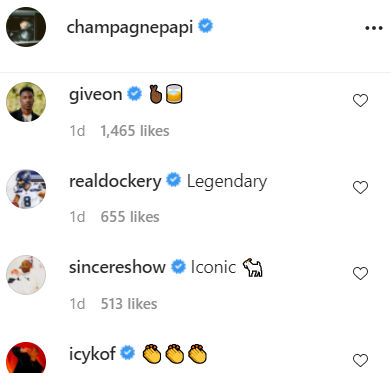 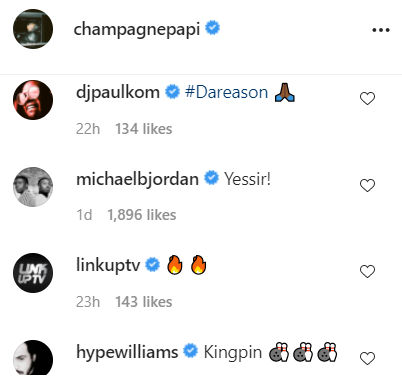 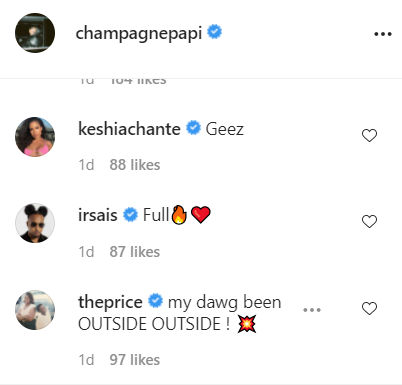 Drake is a popular figure known for popularizing the Toronto sound. He first gained recognition by appearing in the teen drama television series Degrassi: The Next Generation. Later, he pursued a career in music and released mixtapes such as Comeback Season, Dark Lane Demo Tapes, So Far Gone, and more.

In 2010, he released his debut studio album Thank Me Later which debuted at number one on the US Billboard 200. He achieved major critical success with songs like Take Care, Nothing Was the Same, If You're Reading This It's Too Late, and more.

In 2012, Drake founded the OVO Sound record label with longtime collaborator 40. He is among the world's best-selling music artists and has won a variety of awards including four Grammy Awards, six American Music Awards, a record 27 Billboard Music Awards, two Brit Awards, and three Juno Awards.

READ | Drake takes a playful hit at Moneybagg Yo after finding out his real name; see details