Ed Sheeran recently disclosed that was not the first choice to be a part of 'Yesterday' movie. The singer gave the other two names. Read to know details. 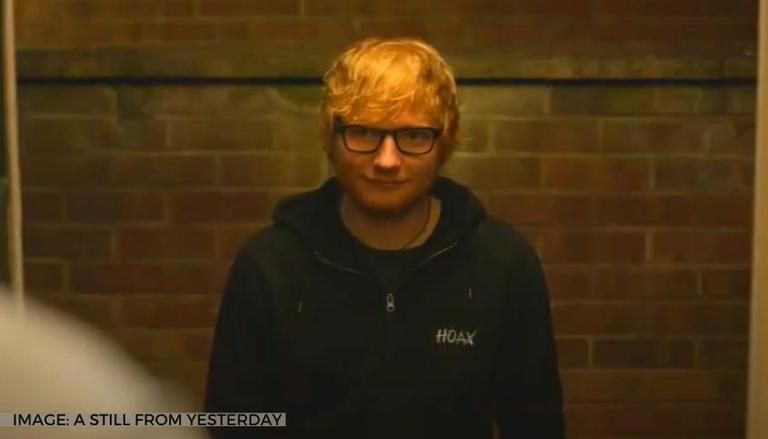 IMAGE: A STILL FROM YESTERDAY


Released in 2019, Yesterday is a musical comedy film starring Himesh Patel in the lead. The movie had Ed Sheeran playing himself in a pivotal role. Sheeran, who earned some praises for his performance, now revealed that he was not the first choice to appear in the project.

In a recent conversation with BBC Radio 1's Kids Ask Difficult Questions, Ed Sheeran disclosed that his role in Yesterday was actually written for other artists. They were Coldplay frontman Chris Martin and former One Director member Harry Styles. Sheeran recalled that the makers asked Martin to be a part of the movie but he declined. They then asked Styles who also said not to the project, so, he was the third choice for them and he took on the job.

Previously, Yesterday director Danny Boyle debunked the suggestion that Harry Styles was approached for the role. However, he admitted that the part was originally created keeping Chris Martin in mind. The filmmaker told ABC Radio that Styles was "very good" in the Christopher Nolan film Dunkirk, which was also his big-screen debut. Boyle mentioned that so maybe they would have gone to Harry Styles if Ed Sheeran had said no. Sheeran ended up sharing the screen with his wife, Cherry Seaborn, as she was seen in a small cameo as a flight attendant.

Yesterday film cast includes Lily James, Joel Fry, Kate McKinnon, Sanjeev Bhaskar, Meera Syal, Sophia Di Martino, among others. The screenplay is by Richard Curtis, from a story by him and Jack Barth. It focuses on a struggling musician who suddenly finds himself being the only person who has ever heard of the Beatles. He gains popularity after taking credit for their songs. The movie received mostly positive reviews from the audience. It grossed more than $150 million at the worldwide box office against a production budget of $26 million, becoming a success.

Ed Sheeran first showed his acting talent in 2014 in the soap opera Shortland Street. He then appeared in series like Home and Away, Undateable, The Bastard Executioner, and Modern Love. His cameo in Game of Thrones beside Maisie Williams as Arya Stark caught much attention. The artist also voiced Brendan in one of The Simpsons' episodes. Sheeran was seen in a guest appearance in the romantic comedy film, Bridget Jone's Baby.

IMAGE: A STILL FROM YESTERDAY