Emily in Paris actor has finally made her first visit to the theatres after 18 months. Lily Collins shared a picture expressing her excitement for 'showtime'. 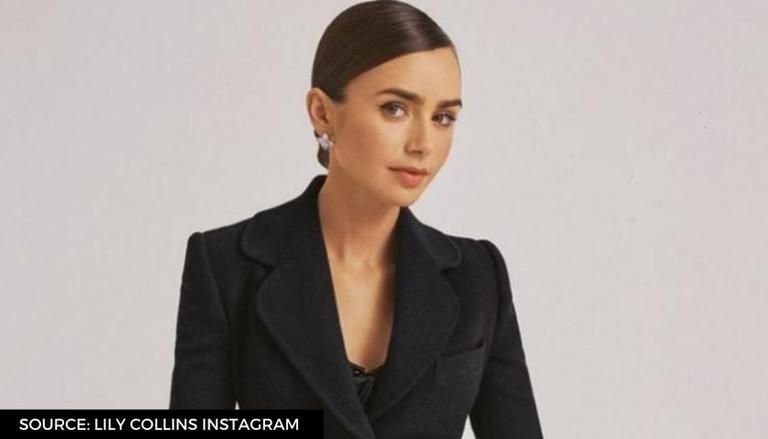 
Emily in Paris fame Lily Collins took to her Instagram story on June 1 to share with her fans that she has finally visited the theatres to watch a movie after 18 months. The actor posted a picture of a theatre and wrote, "first movie theater in 18 months". The actor also added a bunch of stickers of 'popcorn, showtime, and camera'. Lily Collins did not reveal what movie she is catching up on. 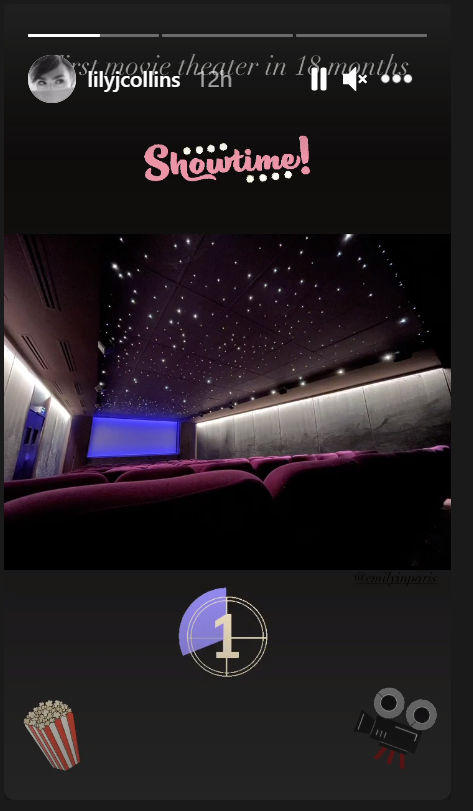 Netflix shares a glimpse from the Emily in Paris 2 sets

Netflix India took to their official Instagram and shared a selfie photo in which Emily in Paris’ lead actor, Lily Collins was spotted happily posing along with co-stars Ashley Park and Camille Razat. In the caption, Netflix revealed that Emily in Paris season 2 has begun filming in Paris and Saint-Tropez by writing, “Bonjour from St. Tropez. Somebody take us also on chutti (vacation) so we can be part of this reunion. Emily In Paris is back in production!” Fans expressed their excitement in the comments section about Emily in Paris 2. One fan wrote, “2021 will have something good at least,” the other said, “Super excited.” Many of them were waiting to see the French actor, Lucas Bravo who played the role of chef Gabriel in the first part of the show.

About Emily in Paris

Emily in Paris is a romantic comedy based on Emily who is an ambitious marketing executive from Chicago and unexpectedly lands her dream job in Paris when her company acquires a French luxury marketing company. Emily is tasked with designing the social media strategy of the company. Emily’s life in Paris is full of surprising challenges and navigating through new romances. The lead role is portrayed by Lily Collins. Emily In Paris cast also stars Ashley Park, Philippine Leroy Beaulieu, Lucas Bravo, Samuel Arnold, Camille Razat, and Bruno Gouery. Kate Walsh, William Abadie and Arnaud Viardin crucial roles. The series is created, written, and produced by Darren Star, Tony Hernandez and Lily Burns of Jax Media. The show received major appreciation and fans have eagerly shown excitement for the show's next season ever since its announcement.