Emma Watson and Leo Robinton spotted having a loved-up moment in LA streets; read along and take a look at the adorable pictures of the two. 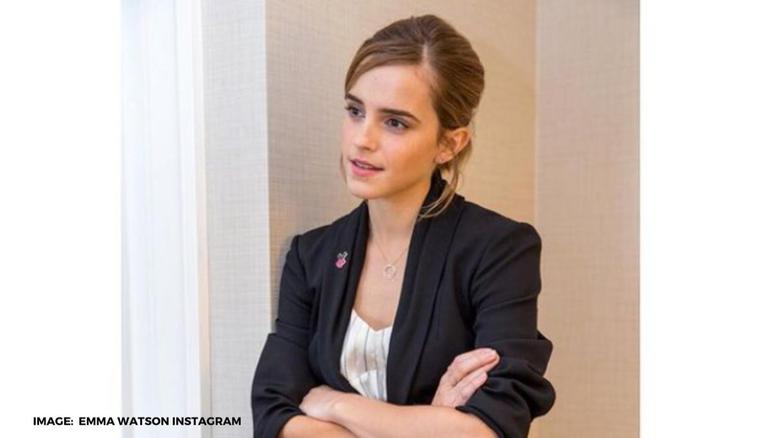 
The much talked about couple in town, Emma Watson and Leo Robinton were recently spotted in LA over the weekend. Both of them looked head over heels in love with each other in the cosy pictures which were captured as they made a coffee run. Read along to take a look at the pictures and know more about the couple.

Daily Mail shared a bunch of pictures of Emma and Leo which were captured by the paparazzi on Saturday, May 22, 2021. The two were seen heading to a coffee store to get a Frappuccino, in the streets of Los Angeles. In one of the pictures, the couple was seen cuddled up while they walked and in the other, Leo dropped a peck on Watson’s cheeks, while she smiled wide.

Both Watson and her businessman boyfriend went for comfort and casual clothing. The Harry Potter alum went for a make-up free look and wore white baggy pants, with a white sweater that had a huge red heart printed on it and added a black oversized jacket over it; she wore a pair of taupe shoes. While, Robinton wore a striped shirt with faded jeans and a pair of suede loafers, with his locks tied back in a man-bun.

Fans of the actor have made several speculations about the couple getting engaged and Emma took to her Twitter, after an eight-month-long break to address them. She wrote, “Dear Fans, Rumours about whether I’m engaged or not, or whether my career is 'dormant or not' are ways to create clicks each time they are revealed to be true or untrue”. Further promising that she’ll share when there is something to know, “If I have news - I promise I’ll share it with you”.

She further added to the thread, “In the meantime please assume no news from me just means I’m quietly spending the pandemic the way most people are - failing to make sourdough bread (!), caring for my loved ones and doing my best not to spread a virus that is still affecting so many people”. Emma concluded the tweets by sending love to all her fans. She wrote, “I am sending so much love to you, hoping you’re ok and as well and happy as you can be in these strange times. And again, thank you to everyone working so hard to keep us safe and well”.

READ | Emma Watson quashes rumours about her engagement; promises to reveal any news herself