As the 73rd Emmy Awards are set to make an appearance on September 19, 2021, makers have announced the L.A. Live's Event Deck as the ceremony's location 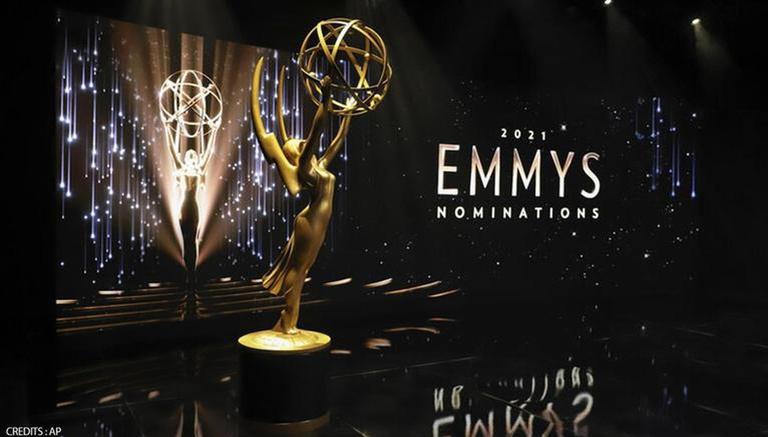 
After last year's Emmy Awards happening virtually due to the COVID-19 pandemic, this year's event will be held in person. However, time it will not be held not in the Microsoft Theater, where it usually takes place. The Television Academy announced on Tuesday that it will resort to an 'indoor/outdoor' model held at L.A. Live's Event Deck. The academy stated that the decision has been taken as it will provide opportunities for "socially distanced audience seating." The statement comes ahead of the much-awaited television awards which air next month on September 19. In an earlier announcement, the academy had also stated how only a limited number of people will grace the red carpet.

According to a report by Variety, the organisation stated that both Primetime and Creative Arts ceremonies will be held on the Event Deck at L.A. Live. This marks the second year in a row that the Emmys will not be held inside the usual Microsoft Theater. In a detailed statement, the officials stated that after intense discussions with health and safety experts for Los Angeles County and the Emmy ceremonies, the conclusion of further limiting the number of nominees attending the Creative Arts Emmys on September 11 and 12 as well as the 73rd Emmys on September 19.

Expressing the unfortunate situation, the Academy further mentioned that not all nominees will be able to attend this year's awards and that the nominated teams should take the responsibility of coordinating between themselves and identifying how they will allow their four tickets before they RSVP.

Health and Safety of paramount importance

Keeping the safety guidelines intact amid surging COVID-19 cases, the Academy said that they appreciate everyone's understanding as they navigate the virus' Delta variant. Much of the U.S. has been witnessing a huge spike in coronavirus cases as the novel Delta variant has created severe health concerns. The public health experts fear that cases will only continue to rise as summer months wane and fall approaches, partially because of increased testing when students return to schools and universities.

Meanwhile, the 73rd Emmy Awards, hosted by Cedric the Entertainer, are set to go on air on September 19 from 8:00 pm to 11:00 ET (5 am to 8 am IST) on CBS and will be available to stream live and on-demand on Paramount Plus. The nominations, which were recently announced, witnessed The Crown' and The Mandalorian leading with 24 nominations each. News of Prince Harry and Meghan Markle, Duke and Duchess of Sussex being lined up for the highly-touted awards has also been making the rounds.

WE RECOMMEND
Emmy Awards 2021 to limit red carpet attractions due to rise in COVID-19 cases
Emmy Awards 2021 Live Streaming: How to watch Emmy awards in India, UK and UAE?
Emmy Awards 2021: Cedric The Entertainer to host the Awards ceremony on Sept 19
Emmy 2021 nominations revealed: All you need to know about this year's awards
Netflix's Emmy nominated show 'Indian Matchmaking' to be renewed for Season 2