'Eternals': Kit Harington Opens Up About Playing Dane Whitman After 'Game Of Thrones'

Kit Harrington is known for his role as Jon Snow in the popular series 'Game of Thrones'. Now, he is all set to appear in the upcoming Marvel film, 'Eternals'. 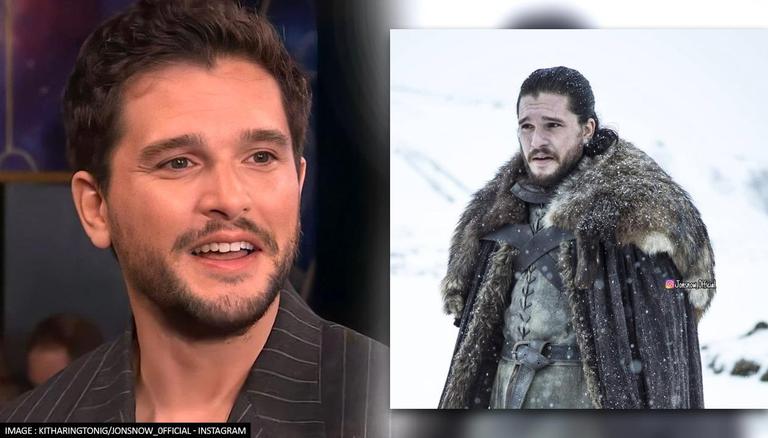 
Before the Marvel fanatics get introduced to actor Kit Harington as Dane Whitman in the upcoming action-adventure flick Eternals, fans know him as Jon Snow in HBO's hit show Game of Thrones. As playing the bastard son of Rhaegar Targaryen and Lyanna Stark is considered his career-defining role, the actor is all set for the next chapter in his career as a part of the Marvel Cinematic Universe. In Game of Thrones, Jon Snow joins the Night's Watch and becomes the King of the North, however, in the Marvel film, Harington will be seen portraying an ordinary salaried man.

Marking his debut in MCU, the actor will be seen playing Dane Whitman, a human working in the Natural History Museum in London who also happens to be romantically involved with Sersi, played by Gemma Chen, and one of the leading characters in the movie. In a recent interview, Harington opened up about playing a pivotal role in the upcoming film and how it differed from his iconic role in the HBO series.

During an interview with Variety, Kit Harington opened up about the transition of working in MCU after Game of Thrones stating that he was not at all surprised with the action in Eternals after going through the HBO series that ended at the eighth season, notorious for the gory action and ghastly characters. Considering how big the series was, the actor pointed out that moving into MCU was 'a different beast'. He continued,

''What I like about the differences for me about these two things is I get to have lightness of touch in this, which I think is really important. It’s what I really loved about the Marvel movies — those little moments of kind of lightness, comedy, in amongst everything.'' This provided him with an opportunity to have creative liberty with his character. He also said that after playing a role with not a single hint of comedy or light, playing 'something that was a little lighter' and 'not being the center of the attention' was, ''kind of fun.''

Directed by Chloé Zhao, the film also features Gemma Chan as Sersi, Richard Madden as Ikaris, Salma Hayek as Ajak, Kumail Nanjiani as Kingo, Angelina Jolie as Thena, Lauren Ridloff as Makkari, and Barry Keoghan as Druig. Marvel's Eternals is all set to release in theatres on November 5 in the US and in India.

WE RECOMMEND
Harry Styles to make his MCU debut through 'Eternals'? Here's what we know so far
‘Eternals’: Kit Harington’s complaint regarding working with ‘GoT’ co-star Richard Madden
Kit Harington defends self in coffee cup incident from ‘Game of Thrones’ season 8
Marvel Cinematic Universe Phase Four: Release dates of upcoming MCU films 2021-2023
Marvel Studios reveals it has a 'secret police' preventing leaks, guarding MCU secrets
Listen to the latest songs, only on JioSaavn.com