The producer of the upcoming MCU movie 'Eternals' explains why the makers decided to gender-swap the characters of Ajak and Sprite. Read more. 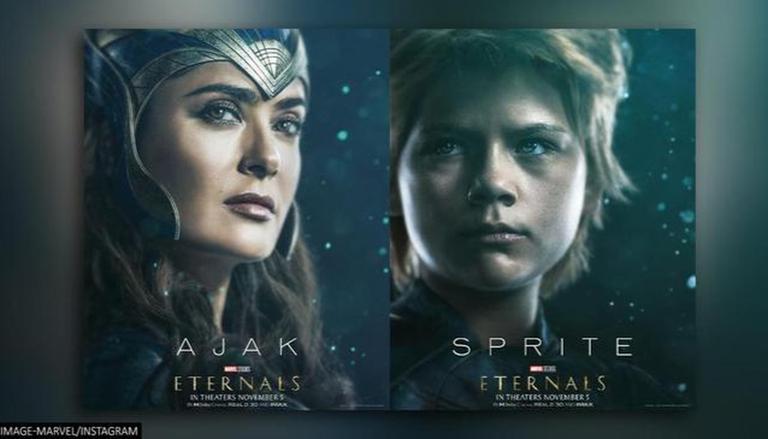 
Marvel's upcoming superhero movie Eternals is based on series of comics about a team of immortal aliens created by the Celestials during their experiments on early humankind almost 7,000 years ago. The movie will be introducing ten new superheroes to MCU and the producer of the movie Nate Moore explained why the makers decided to gender-swap some of their characters. Ajak and Sprite played by Salma Hayek and Lia McHugh, respectively were originally written as male characters in the comic but will be portrayed as females in the live-action adaptation.

Why did Marvel decide to gender swap Ajak and Sprite?

In an interview with Screenrant, Eternals producer, Nate Moore explained why they decide to gender-swap the characters of Ajak and Sprite played by Salma Hayek and Lia McHugh that were originally male in the comics.

Moore said, "It was a bit of what narratively made sense and what would create dynamics that were interesting. Ajak in the comics was the conduit to the Celestials. He's a bit of a surly character in publishing, but we felt like the conduit should be the leader and frankly there aren't a lot of female leaders."

He added, "Ajak from a design standpoint did feel like was very much steeped in Aztec designs. We wanted somebody who was from that region to sort of pay homage to that, so in talking about it, it just made sense to gender swap her. Salma Hayek was amazing." Talking about the character of Sprite, Moore added, "Sprite, the boy who never grew up, is something you've seen a lot. The girl who never grew up seems to be a little bit of a fresher idea, so it's just those creative conversations to create a balance that we thought was interesting."

WE RECOMMEND
How Marvel stopped Richard Madden's Ikaris from being too much like DC's Superman?
Ahead of its release, Marvel drops new posters of Angelina Jolie starrer 'Eternals'
BTS' Jimin, V’s song 'Friends' with Celin Sharma's 'Nach Mera Hero' included in 'Eternals'
'Hawkeye' new trailer released; Marvel reveals plans of premiering two episodes first
Salma Hayek admits not expecting to book role in 'Eternals' due to her age
Listen to the latest songs, only on JioSaavn.com