Ewan McGregor's Daughter, Clara Gets Bitten By Dog But Manages To Attend Premiere In Style

Ewan McGregor's daughter, Clara is a new actor-producer in the film The Birthday Cake, she had to rush to the emergency room after getting bit by a dog! 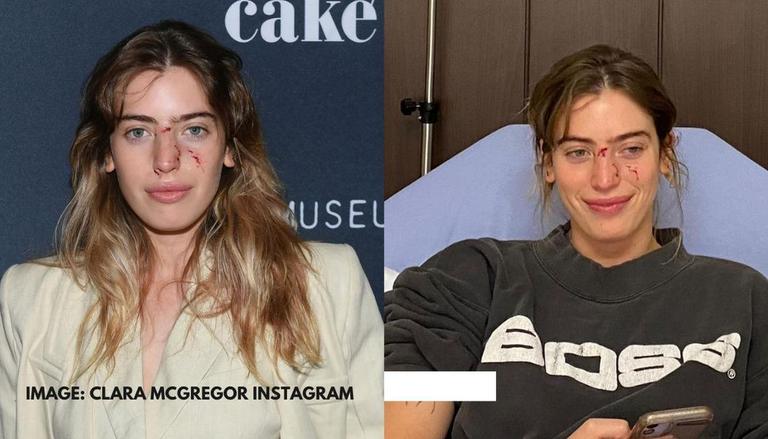 
Ewan McGregor's daughter, Clara, 25, had an emergency situation just 30 minutes before her film, The Birthday Cake's premiere. Clara was bitten by a dog on her face and had to be rushed to an emergency room where her wounds were cleaned. She later rushed back and was able to make it to the premiere in a three-piece Fendi pantsuit in a nude tone and open hair and posed for the cameras despite her scars.

The actress even took to Instagram to share pictures from the event where she was seen smiling and posing with the cast and crew of the film. Look at Clara McGregor's photos from the premiere night here where she humorously wrote, "When a dog bite lands you in the ER 30 mins before the red carpet😅"

More about the film The Birthday Cake

Ewan McGregor's daughter acted as a producer for The Birthday Cake which stars her father Ewan McGregor as well. The film also stars Shiloh Fernandez, Val Kilmer, Penn Badgely, Ashley Benson, Lorraine Bracco among others. The film is about an Italian boy who visits his mob boss uncle with a cake and his life changes forever. On Clara McGregor's Instagram, she shared the trailer of the film and said, "I feel really lucky to have been a Co-Producer and Actor on this film with such an incredible cast and crew! " The film releases on June 18, 2021.

Clara has been part of some indie films as well and is also working on a new project that is a book adaptation. Her along with Black Magic, an indie producer are all set to bring the gender-bending book titled 'Goddess' into life and this announcement was made on Clara McGregor's Instagram.

READ | Will Ewan McGregor reprise his role as Obi-Wan Kenobi in 'Andor'?

Clara McGregor and her sister Esther McGregor have both followed their father's footsteps and entered the entertainment business. This is Clara's second film after Christopher Robin in 2018. She started off as a model and her 19-year old sister Esther too has made her way into the modelling world. The two sisters seem close as in Clara McGregor's photos she shared how Esther was the reason why she became comfortable with her bisexuality. She said, "She taught me what it meant to be unapologetically myself, in all aspects, because she has always been so honest and true to herself," in the heartfelt post.

WE RECOMMEND
Ewan McGregor shares deets about 'Obi-Wan Kenobi' and working alongside Stormtroopers
Is 'Halston' a true story? Check out the details of this new Netflix drama
Will Ewan McGregor reprise his role as Obi-Wan Kenobi in 'Andor'?
Netflix reveals the first look of Krysta Rodriguez and Ewan McGregor in 'Halston'
Priyanka Chopra, Katy Perry, others pen letter to G7 leaders; ask to donate COVID vaccines