The Fast and Furious 8 ending song Good Life by G-Eazy and Kehlani represented the happy reunion of the crew who were betrayed by Dom. Read more. 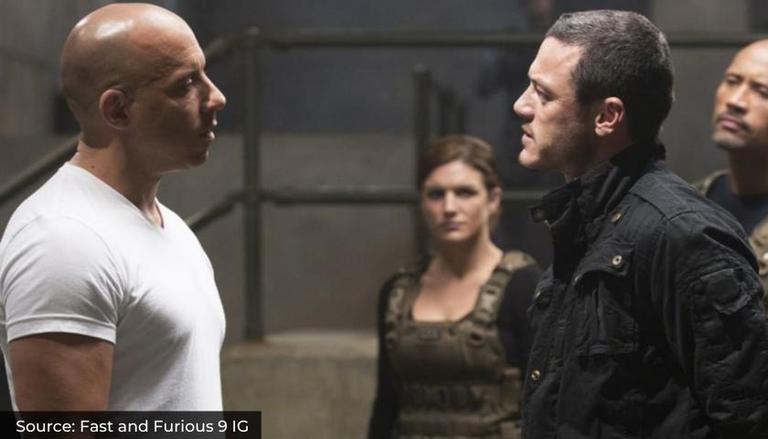 
The 2017 action film, Fast and Furious 8, directed by F. Gary Gray took the world by storm with its record-breaking collections at the box office. The action-packed movie starring Vin Diesel, Dwayne Johnson, Jason Statham, Michelle Rodriguez, and Tyrese Gibson stunned the audience with their performance. The Fast and Furious 8 ending song and plot created a buzz among the fans and anticipated the next movie in the franchise.

The plot of the movie followed Dom, played by Vin Diesel betraying his family for a mysterious woman who seduced him. The team then faced several trials and hurdles when the ending of the movie showed Dom and the crew fighting for their lives as missiles being thrown on their cars. The ending of the movie showed Dom being welcomed back by his team while the mysterious woman played by Charlize Theron disappeared after jumping out of the plane.

The movie ended with the crew reunited and having a BBQ on the rooftop of a building in NYC. While everyone shared food and laughter on the table, Dom introduced his son to his team. This is the part where the team of the movie paid a tribute to their late co-star Paul Walker who played the role of Brian O'Conner in the movie, by naming Dom's son Brian.

The soundtrack of the movie consisted of several hit songs such as Gang Up by Young Thug, 2 Chainz, Wiz Khalifa, and PnB Rock, Go Off by Lil Uzi Vert, Quavo, and Travis Scott, and Candy Paint by Post Malone. The movie is concluded with an upbeat song to represent a happy ending with G-Eazy and Kehlani's Good Life. Check out the song here.

The late actor who played the role of Brian O'Conner for seven movies of the franchise died in 2013, amidst the shooting of the movie, in a road accident. To help finish the movie, Paul's brother Cody and Caleb were recruited by the director James Wan. The ending song of Fast and Furious 7, See You Again, by Charlie Puth and Wiz Khalifa, was a tribute to the late actor.

READ | 'Fast and Furious' Quiz: How well do you truly know the film franchise?