Fast & Furious 9 Rakes In $162.4 Million On Its Debut In Overseas Markets

Fast & Furious 9 has premiered in several overseas markets. The Vin Diesel and John Cena starrer will release in North America on June 25. 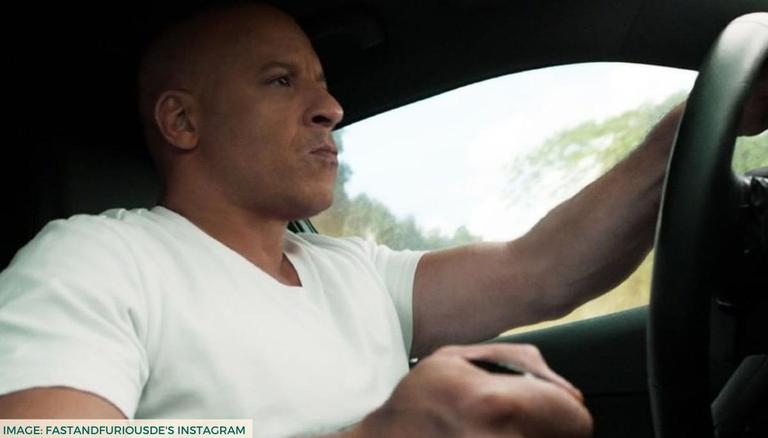 
Fast & Furious 9 is swiftly making millions overseas. The ninth installment of the popular franchise earned $162.4 million overseas on its debut. The main contributor for this performance was China. Fast & Furious 9’s collection is now being considered as a positive sign since theatrical releases took a severe jab due to the COVID-19 pandemic.

The COVID-19 pandemic brought the global entertainment industry to a complete standstill in 2020. But now many countries have reduced their restrictions and the economy is slowly restabilizing. This has led to Fast & Furious 9 performing extremely well overseas since its release last week. According to Variety’s report, Fast & Furious 9 was released first in its overseas market before its release in North America.

Talking about this phenomenal collection of the ninth installment, Universal’s president of international distribution Veronika Kwan Vandenberg issued a statement. She said that F9 is a great movie for the Chinese market since it has a strong fan base. She further added that movie buffs are excited to go to theatres to watch the film they feel is worth the risk.

In other overseas markets, F9 earned $9.9 million in Korea, $2.4 million in Hong Kong, and $6.2 million in the Middle East. These collections have contributed to Fast & Furious 9 collecting $6 billion globally. This ninth installment of the popular action franchise has been directed by Justin Lin. Apart from Vin Diesel, the film also stars Michelle Rodriguez, and John Cena. Fast & Furious 9 will be releasing in North America in June 25 and in 60 other overseas markets.