'Ferry' Cast: All About The Cast And Characters Of The Dutch Crime Drama On Netflix 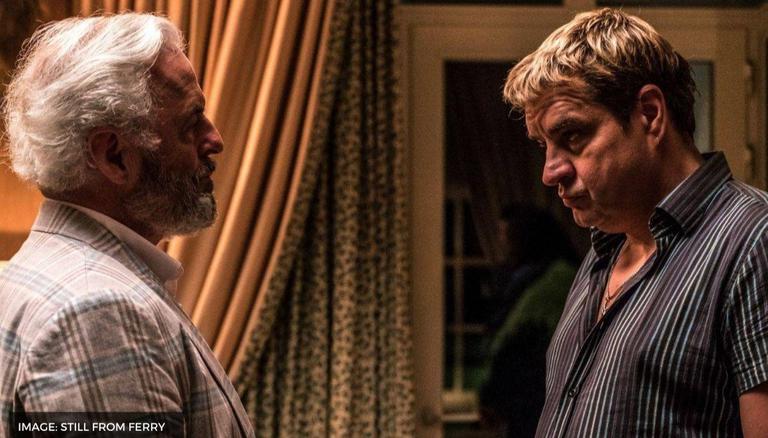 
Ferry on Netflix is a Dutch Crime Drama film that premiered on Netflix on May 14, 2021. The film is directed by Cecilia Verheyden and written by Nico Moolenaar and Bart Uytdenhouwen. The plot of the film revolves around a ruthless man named Ferry who is asked by his boss to prove his loyalty. The Ferry cast features actors like Frank Lammers, Elise Schaap, Huub Stapel, Monic Hendrickx and Raymond Thiry. Here's everything you need to know about the cast of Ferry.

A look at Ferry movie cast

The Ferry cast features Frank Lammers portraying the lead role of Ferry Bouman. He is a part of a drug empire and his boss asks him to go to his native region of Brabant to avenge the attack on his gang. However, he falls in love with a lady in his native and his life changes. Frank was also seen in The Enclave and Undercover.

The Ferry movie cast also stars Elise Schaap portraying the role of Danielle. She is the woman that Ferry finds extremely attractive. Elise was seen in Dutch films like Bride Flight, Then What is Love and April, May and June. She was also seen in television shows like Undercover and The TV Canteen.

READ | What time does 'Girl from Nowhere' season 2 release on Netflix? Find out

The cast of Ferry on Netflix features Huub Stapel portraying the role of Ralph Brink. Brink is Ferry's boss and asks him to test his loyalty. Huub was seen in films like A Perfect Man, Alles is Liefde and Rent a Friend.

READ | What time does 'Monster' release on Netflix? Here is what you need to know

Ferry cast also features actor Monic Hendrickx in a pivotal role. She is seen playing the role of Claudia Bouman in the movie. Monic made her screen debut with the Polish Bride. She was also a presenter of the show Crown Witness. The actor has featured in films like De Belofte van Pisa, Het Bombardement and De Brief voor de Koning.

READ | What time does 'Money Explained' release on Netflix? Know all about this docuseries

Ferry also stars Raymond Thiry portraying the role of John Zwart. Raymond was last seen in the film Quo Vadis, Aida? playing Major Rob Franken. He was also seen in films like Bros Before Hos, The Paradise Suite and My Foolish Heart. the actor was also seen in Undercover.

READ | What time does 'Jupiter's Legacy' release on Netflix? Know all about the action series