Recently, a video of Justin Bieber reportedly yelling at his wife Hailey Baldwin went viral on social media. The model later refuted all rumors of rifts. 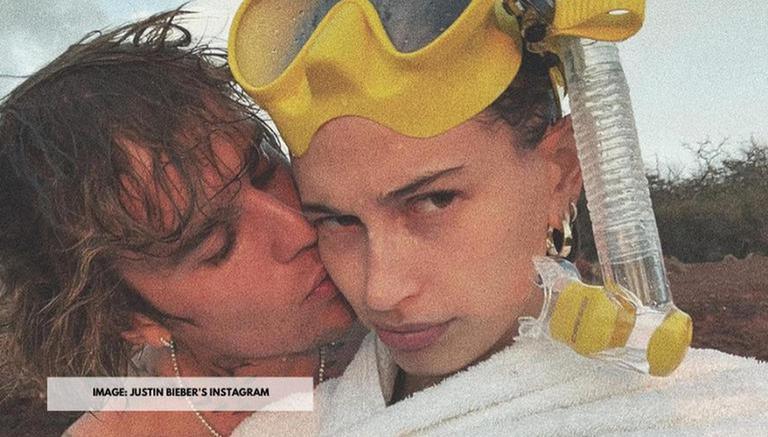 
Justin Bieber took to his Instagram and shared a photo of him with his wife Hailey Baldwin. Netizens went gaga after reading Justin's caption on the post. The singer wrote 'mom and dad' in his caption as he shared the photo, sparking pregnancy rumours. Hailey replied to her husband's post and cleared the air. 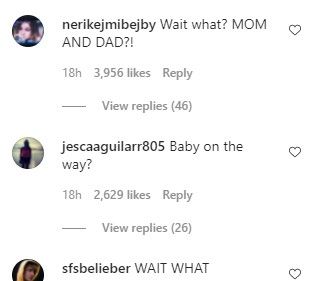 Fans spammed the comment section of JB's new post and asked whether Hailey was pregnant. Hailey addressed the rumours and left a comment on Justin's post asking him to change the caption before people might take it the wrong way. She wrote, "I think u should maybe change this caption to *Dog Mom and Dad* before anyone gets it twisted." 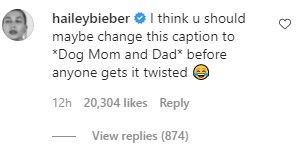 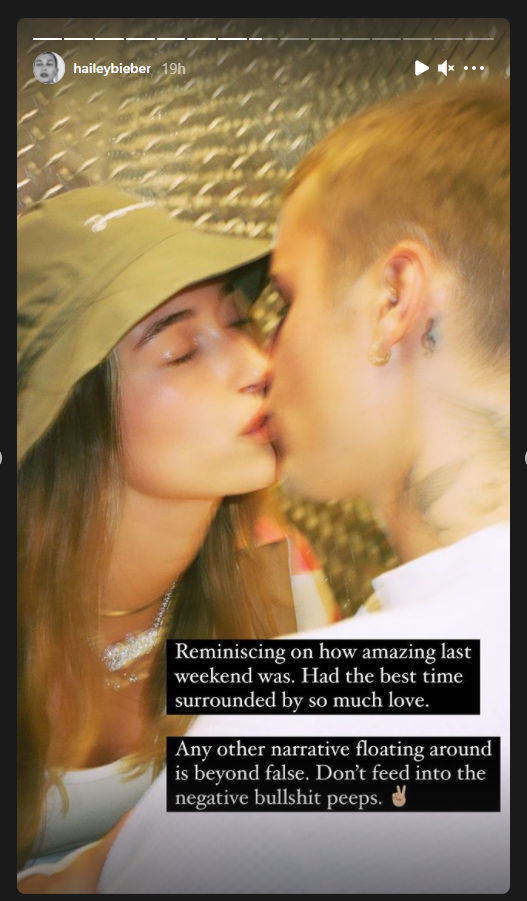 Recently, a video of singer Justin Bieber with his wife Hailey Bieber went viral on the Internet. In the video, the singer could reportedly be seen yelling at his wife Hailey. The model addressed the viral video through her Instagram story. Hailey Baldwin shared a photo of her kissing her husband, Justin Bieber, on her Instagram story. As she shared the photo, Baldwin wrote, "Reminiscing on how amazing last weekend was. Had the best time surrounded by so much love. Any other narrative floating around is beyond false. Don't feed into the negative bullshit peeps." While many thought the singer was screaming at his wife, some eyewitnesses and fans of the duo came to his rescue and said that was not the case. Several fans who claimed to be eyewitnesses at the event also slammed the rumours.

READ | 'I am so inspired by you': Justin Bieber extends heartfelt birthday wishes to Jaden Smith

Last month, the Biebers visited the French President Emmanuel Macron and his wife Brigitte Macron. The What Do You Mean singer also shared a picture from their meeting on his Instagram. Justin was dressed for the event in a grey suit and blue sneakers, while his wife Hailey donned a light brown backless wraparound dress and heels. As per reports by Daily Mail, the French media outlets reported that the Canadian pop star himself asked the French President to meet him and the group discussed 'issues related to the youth'.