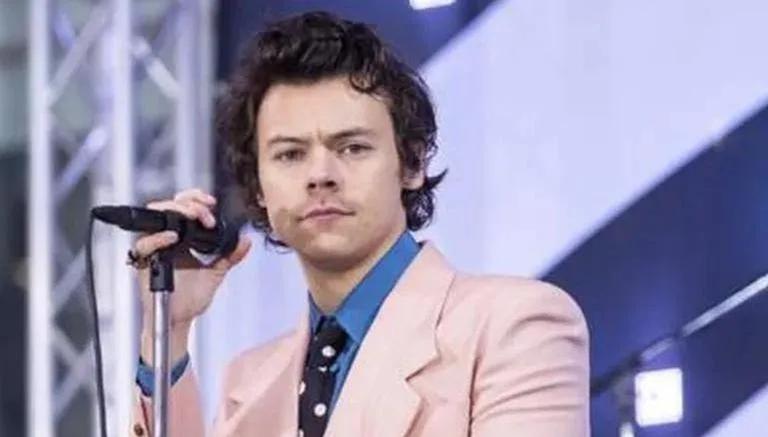 
Harry Styles' mother Anne Twist came to the star's rescue amid the ongoing controversies about his latest film Don't Worry Darling. The movie has been making headlines due to rift rumours between Florence Pugh and director Olivia Wilde, low ratings by critics, Chris Pine and Styles' 'spitgate' scandal and more.

Amid all this, Harry's mom  Anne penned a note on Instagram, saying that people should resort to silence if they can't say 'something nice'. She added that she was 'astounded and saddened' by the vitriolic comments, claiming that she 'enjoyed' the film.

Taking to her Instagram story, Anne stated, "If you can’t say something nice, don’t say anything at all. I’m astounded and saddened by the vitriolic comments on here to be honest. I enjoyed a film. If it’s not your cup of tea don’t go…If you don’t like me .. please don’t follow me. Simple."

This comes shortly after she raved about the film in one of her Instagram posts, mentioning she's extremely proud of her Grammy Award-winning son. "First time in the French cinema .. first day showing .. ‘Don’t Worry Darling’ you were excellent!" she mentioned and added, "Really enjoyed from start to finish. Well done @oliviawilde and team for drawing us in, well-done baby @harrystyles for being a fabulous Jack. Very proud as usual."

The movie has been mired in controversies for a long time now, beginning with reports about its cast having some behind-the-scenes issues as Florence Pugh didn't post any promos or posters of the film on her social media pages. It was followed by many other instances of altercations among the cast. Olivia Wilde's Don't Worry Darling will hit Indian theatres on September 30.