Jeremy Renner who will soon be seen in the Marvel mini-series 'Hawkeye' revealed who was his mentor in MCU when he first entered the universe. 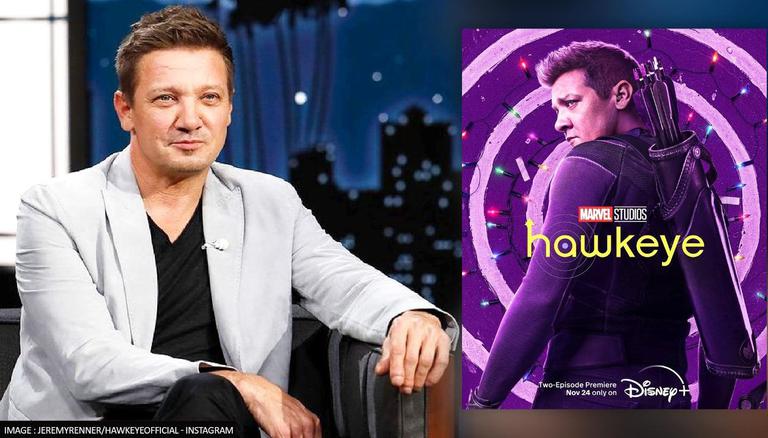 
Jeremy Renner is best known for his role as Clint Barton/ Hawkeye in Marvel Cinematic Universe, he will also be reprising his role in the upcoming mini-series Hawkeye. After spending almost a decade being a part of MCU, Renner revealed who was his mentor when he first joined the studios.

In an interview with Entertainment Tonight, Jeremy Renner, who will soon be seen as a mentor to Hailee Steinfeld's Kate Bishop in the upcoming mini-series, was asked that who helped him get started in MCU when he first debuted. The actor replied that Robert Downey Jr. aka Iron Man was his mentor and he took him under his wing.

Renner said, "I think even just in the MCU, with Downey, he kind of kicked off the MCU in the way that he did with Iron Man. He kind of took us all under his wing, if you will, to kind of shepherd us in in a certain way. We all knew each other and we're all friends, just in a different sort of way you can lean on someone." Robert Downey Jr's 2008 Iron Man movie was the first movie of MCU and it kickstarted Phase One. Over the years Downey has been an important part of the Infinity Saga, a culmination of Phase one, two, and three of MCU.

A post shared by Jeremy Renner and rdj lover (@jeremyrenner_rdj_fanpage)

The OG Avengers have an active group chat

Renner, in an interview with Phase Zero, had also revealed that the original Avengers-Chris Evans (Captain America), Chris Hemsworth (Thor), Scarlett Johansson (Black Widow), Robert Downey Jr (Iron Man) and Mark Ruffalo (Hulk)-  are still close and have an active group chat. He said, "Well, just because you die on camera doesn't mean you die in real life, so yeah, we have a group chat, and it's all of us. Some that are still alive and 'dead on the screen'. Yeah, we're all very, very good friends, and we don't really speak too much about our job."

Meanwhile, Renner is all set to headline his first solo Marvel Studios project as Clint Barton through the upcoming Disney+ series Hawkeye. The series is set to premiere on November 24 and will see the debut of a new bow and arrow-wielding superhero in Kate Bishop, played by Hailee Steinfeld.