'He-Man And Masters Of The Universe: Revelation' Release Date, Plot; All You Need To Know

'He-Man And The Masters Of The Universe'; Netflix has just released the trailer for part 2 of the first season slated to air soon. Check out the details. 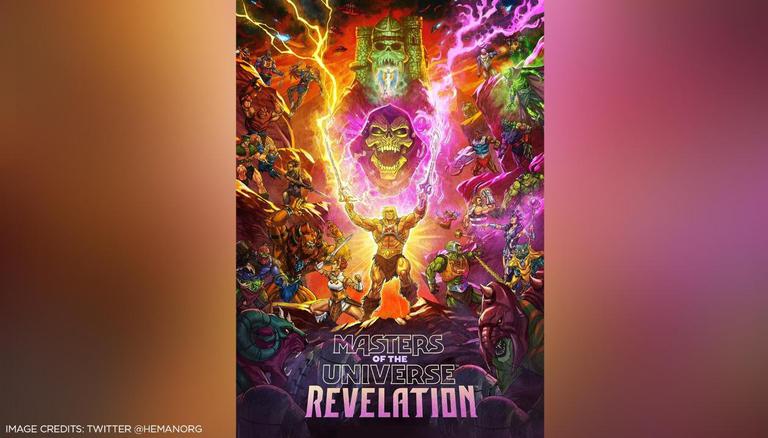 IMAGE - MASTERS OF THE UNIVERSE INSTA


Netflix has finally released the first trailer for their upcoming animated series based on He-Man. The He-Man series is titled, Masters of the Universe: Revelation. The project, which is produced by Mattel Television, saw the first season divided into two parts, with the first part having released on July 23, 2021. Here's everything we know:

A post shared by Masters Of The Universe (@masters)

'He-Man And The Masters Of The Universe' Netflix release date, plot and more

The He-Man series, Masters of the Universe: Revelation, is slated to release on September 16, 2021. The new series reimagines the classic story of the Guardians of Grayskull and has been developed for television by Rob David. Netflix's official description for the show reads:

In Eternia, the first planet of creation, a demonic tyrant rises: Skeletor! With dark armies at his command, Skeletor is on the march, hell-bent on capturing Eternia’s kingdoms, and its ultimate prize – Castle Grayskull, the ancient fortress of mystery said to contain the greatest power in the universe. It’s up to He-Man, voiced by Yuri Lowenthal, and his brave squad of rookie heroes to stop Skeletor and restore the peace. Both sides come armed with enchanted Power Weapons – transforming them into Masters of the Primal Powers of the Universe. It’s Master vs. Dark Master, He-Man vs. Skeletor – fighting for control of Eternia, Castle Grayskull, and the fate of us all. In the end, who will become Master of the Universe?

A post shared by Masters Of The Universe (@masters)

The cast of 'He-Man and The Masters of the Universe' includes:

IMAGE - MASTERS OF THE UNIVERSE INSTA

WE RECOMMEND
Noah Centineo goes shirtless as he shows off his upcoming 'He-Man' physique; See here
Noah Centineo to star in a film based on GameStop stock controversy
Channing Tatum-Sandra Bullock starrer 'The Lost City of D' gets release date in 2022
Masters of the Universe: Revelation trailer sees He-Man and Skeletor colliding once again
Tarzan The He Man cast: All about the Jayam Ravi and Sayyeshaa starrer 'Vanamagan'