Here's Why Mark Zuckerberg 'is Pretty Sure' He'd Be Hawkeye If He Was An 'Avenger': Watch

Mark Zuckerberg who has a massive fan following on social media treated fans with an interesting video, revealed which 'Avengers' character he fits in 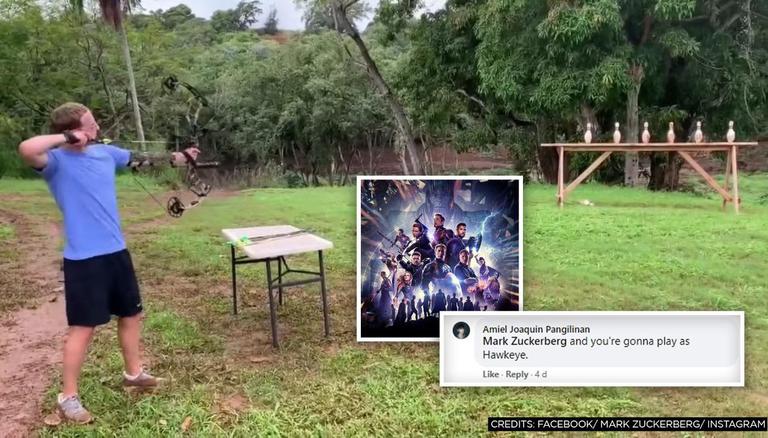 
Facebook CEO Mark Zuckerberg who has a massive fan following on social media recently treated fans with an interesting video and revealed which Avengers character he fits in. Mark in the video can be seen flaunting his archery skills which made him realise that he would fit into the role of Hawkeye from Avengers if he ever decided to play one. Watch the video below:

Clad in comfortable clothes like a blue t-shirt and black shorts with sunglasses, Mark was seen knocking down the pins with his arrows. Hitting a bull's eye with every shot, he captioned the video and wrote, “If I were an Avenger, pretty sure I’d be Hawkeye”. Apart from this, he shared another video while performing another sport, Javelin throw. Acing the skill, he wrote, “I have a very particular set of skills...”

Several fans of the business tycoon were quick to react to his choice and asked him to explore other avenues as well. One of the users wrote, “If you are cast in the film then I think we have the best actor for the role.” Another user hailed his skills and requested him to be Hawkeye’s body double. Another echoed similar sentiments and wrote, “You are strong, consider you my idol.” Another Facebook user commented, “no you are Iron man because you are rich,” while one user considered him an apt choice for a ‘good story.’

The billionaire is often seen sharing videos and pictures from his small trips with family. Last month he shared a video where he was seen performing a water sport. Mark captioned the video tagging world-famous high tide surfer Kai Lenny, “Kai Lenny, am I doing this right?” He even shared a bunch of pictures with his children while enjoying some quality time with them and teaching them. "Kano is pretty awesome for teaching kids to code," he wrote while teaching his daughter. 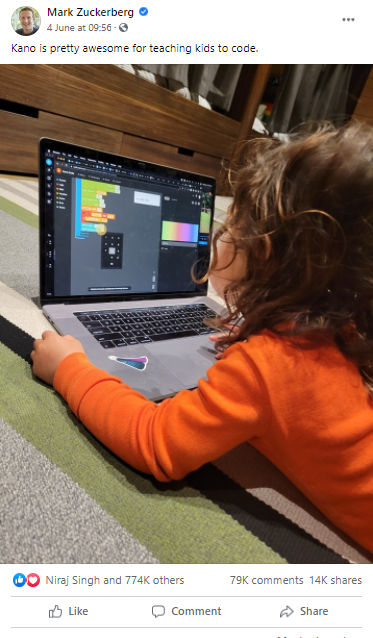