Hollywood Star Tommy Kirk Passes Away At 79; Fans And Celebs Condole His Death

Hollywood veteran Tommy Kirk, who rose to fame with his role as Travis in 'Old Yeller' passed away at the age of 79, his friend Paul Petersen announced. 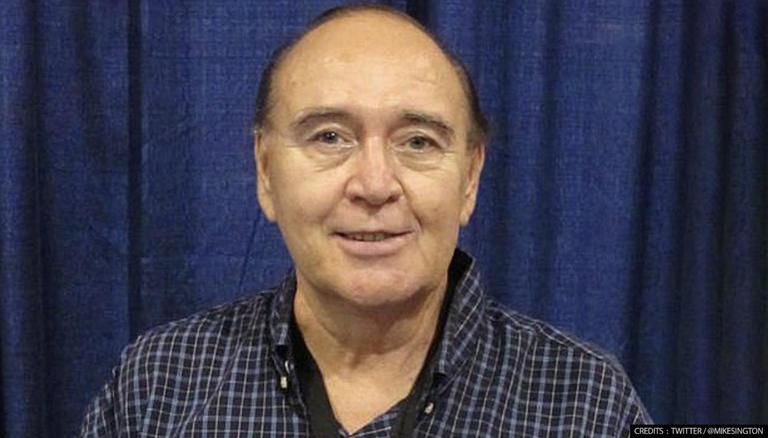 
Hollywood legend Tommy Kirk has passed away at the age of 79, his friend and actor Paul Petersen revealed in a Facebook post. As per Variety reports, Kirk, who was well known for his appearance in Disney films such as Old Yeller, The Shaggy Dog, and Swiss Family Robinson, passed away on Tuesday, September 28. Kirk's stint in the industry commenced with many popular shows like The Hardy Boys: The Mystery of the Applegate Treasure and The Hardy Boys: The Mystery of the Ghost Farm.

He came out as gay in 1973 and was fired from his contract with Disney. The actor also admitted to his struggle with drug abuse, deciding to end his acting career. Announcing that  Kirk was found dead on Tuesday, Petersen wrote," Please know that Tommy Kirk loved you, his fans".

Kirk, who rose to fame with his role as Travis Coates in Old Yeller, was paid a lengthy tribute by Paul, who, marking his demise, wrote," My friend of many decades, Tommy Kirk, was found dead last night. You will surely recall his string of Disney movies; “Shaggy Dog. Ol’ Yeller,” etc. Tommy was intensely private. He lived alone in Las Vegas, close to his friend…and “Ol Yeller” co-star, Bev Washburn…and it was she who called me this morning". He added," Tommy was gay and estranged from what remains of his blood family. We in A Minor Consideration are Tommy’s family. Without apology. We will take care of this. Please know that Tommy Kirk loved you, his fans. You lifted him up when an Industry let him down in 1965. He was not bitter. His church comforted him. May God have mercy on his soul". 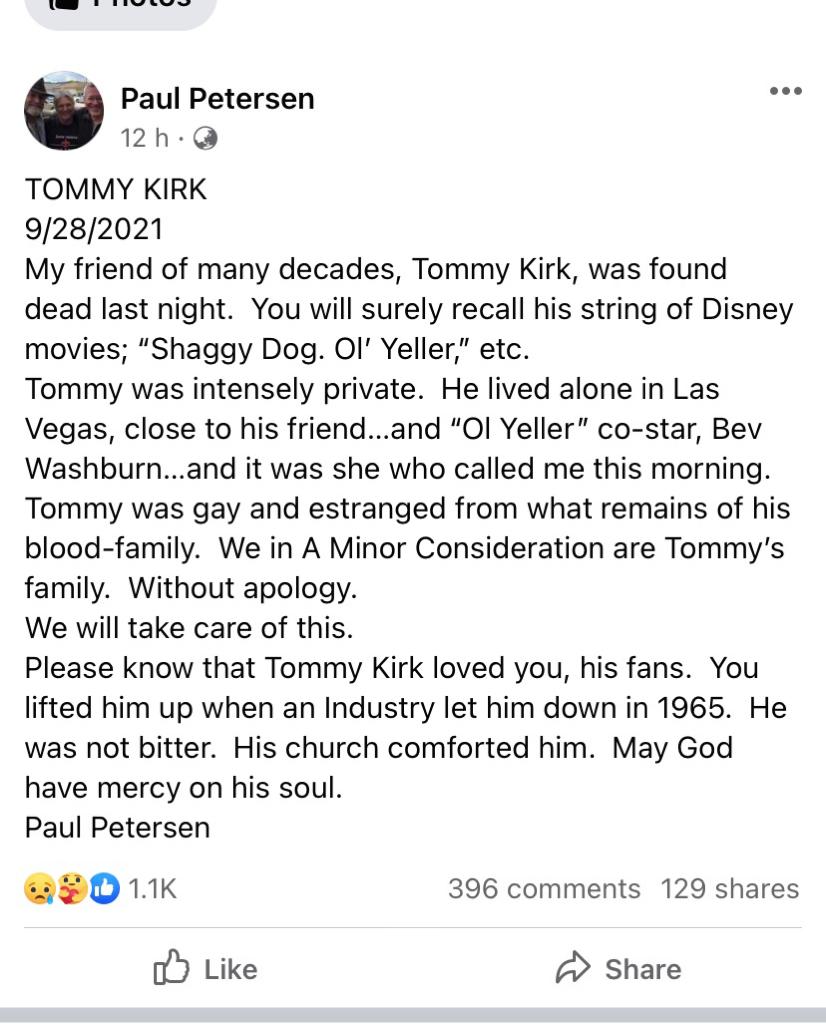 Apart from him, other well-known personalities like American actor Annette O'Toole expressed sadness about his demise, adding that Kirk was a fine actor. 'The crush remains', she added. Writer and comedian Frank Conniff also condoled his death by mentioning his classic Disney movies. "I bet his Disney fans haven't seen those films as many times as I've seen Catalina Caper and Village of the Giants", he wrote. Several fans also thanked him for his unforgettable memories.

I am so sad to hear of Tommy Kirk’s passing. I loved him very much. I never met him, but I had an enormous crush on him. Later in my life I realized what a fine actor he was. The crush remains.

He was in a few classic Disney movies that are still watched and enjoyed to this day. But I bet his Disney fans haven't seen those films as many times as I've seen Catalina Caper and Village of the Giants. Rest In Peace, Tommy Kirk. https://t.co/bkViPUcR0H

READ | 'Shang-Chi and the Legend of the Ten Rings' gets a Disney+ release date in November
READ | Melissa McCarthy describes playing Ursula in Disney's 'The Little Mermaid' as 'glorious'
READ | Johnny Depp takes a dig at Disney, says 'No one can take Jack Sparrow away from me'