Soorarai Pottru has gone on to become the third highest-rated film on IMDB. If you love Suriya in the film here are some other films of Suriya to check out 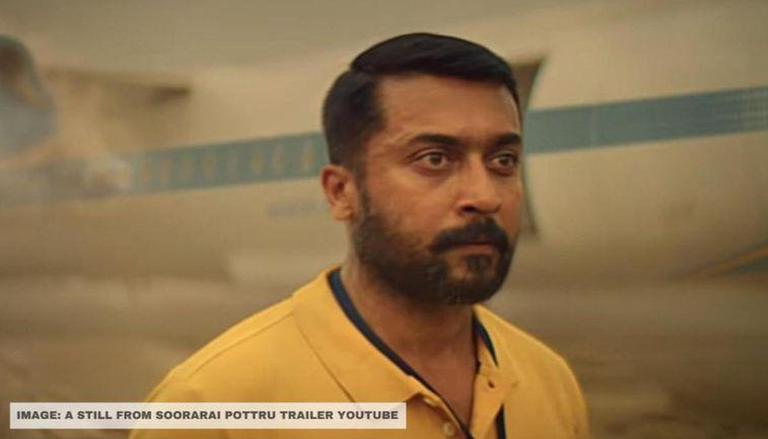 
Soorarai Pottru is a popular action movie that has sparked a lot of interest among fans. This movie's plot is partially based on the story of GR Gopinath, the creator of Simplify Deccan. The film isn't necessarily a biopic, but it is based on true events, which adds to its emotional impact. Sudha Kongara, who is also one of the scriptwriters of the film, directed Soorarai Pottru. Suriya and Bollywood hero Paresh Rawal play the lead roles in the film. If you enjoyed the popular Amazon Prime Video release, here are a few other films of Suriya that you should have a look at.

If you liked Soorarai Pottru, here is a list of Suriya's movies to watch

Bala spotted an actor in Suriya, similar to how he discovered Vikram. Set on the beaches of Ramanathapuram, the film explores the complex relationships among a community of people, each of whom is burdened by the past. Luckily, Suriya's career took off after this film, and he's never looked back since.

Ameer Sultan, a graduate of the Bala academy, wrote the screenplay and directed this film. Even though Gautham is not as plagued as Bala's heroes, he bears some similarity with Nandha. If you're a boy who has a strong aversion to the concept of love, caring for the "wrong woman" will eventually grow on you, as per this film. Ameer's sardonic sense of humour can elicit genuine chuckles.

In the movie, Suriya was at his very best. Director Bala contrasted Vikram's socially incompetent character with his careless and nonstop babbling character. In this tragedy, he is the comic relief. It's one of those films that keeps you laughing for the most part before stabbing you in the core in the final mile. This of one of Bala's timeless classics.

A straightforward crime film that captivates you from start to finish. KV Anand, the director, makes no attempt to explain the hero's involvement in the smuggling industry. Suriya's character has no good samaritan tendencies in this film. The protagonist does what he does because he loves smuggling contraband under the radar of the authorities. He does it for the thrills and the adrenaline rush. And it's because of this that Ayan is so entertaining.

The fantasy science-fiction movie directed by Vikram Kumar is a pleasant surprise. What follows when a good-hearted man discovers a gadget that enables him to go back in time and rewrite history? He utilizes it to entice the girl of his desire to fall in love with him. He must also prevent the incredible power from getting into the hands of a tyrant. This film is essentially a retelling of Aladdin.