Impatient Game Of Thrones Fans Have Hijacked Avengers: Infinity War But Can't Decide Who Should Have Thanos' Gauntlet

It's May now, which means that in any normal year, we'd be getting ready for the latest season of Game of Thrones. However, as Season 8 is going to be the last one in the series, there's nothing new coming from Westeros in 2018.

It's May now, which means that in any normal year, we'd be getting ready for the latest season of Game of Thrones. However, as Season 8 is going to be the last one in the series and will require time to make, there's nothing new coming from Westeros in 2018.

While we wait for HBO, messrs Benioff and Weiss and the cast and crew of Game of Thrones to work on the rumored feature-length six episodes of the final season of George RR Martin's masterpiece, the Internet has had a gala time whipping up some fantastic new memes in an effort to keep spirits high during these trying times. The memes have hijacked the recent Avengers: Infinity War extravaganza that has broken global opening records at the box-office!

Here are some of the best:

Imagine a Game of Thrones-Avengers mashup. Would it look like this? Here's a who's who: 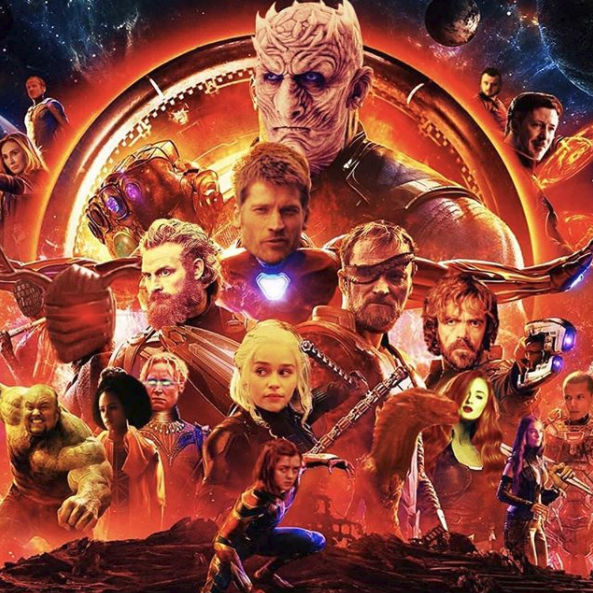 For reference, here's the original poster: 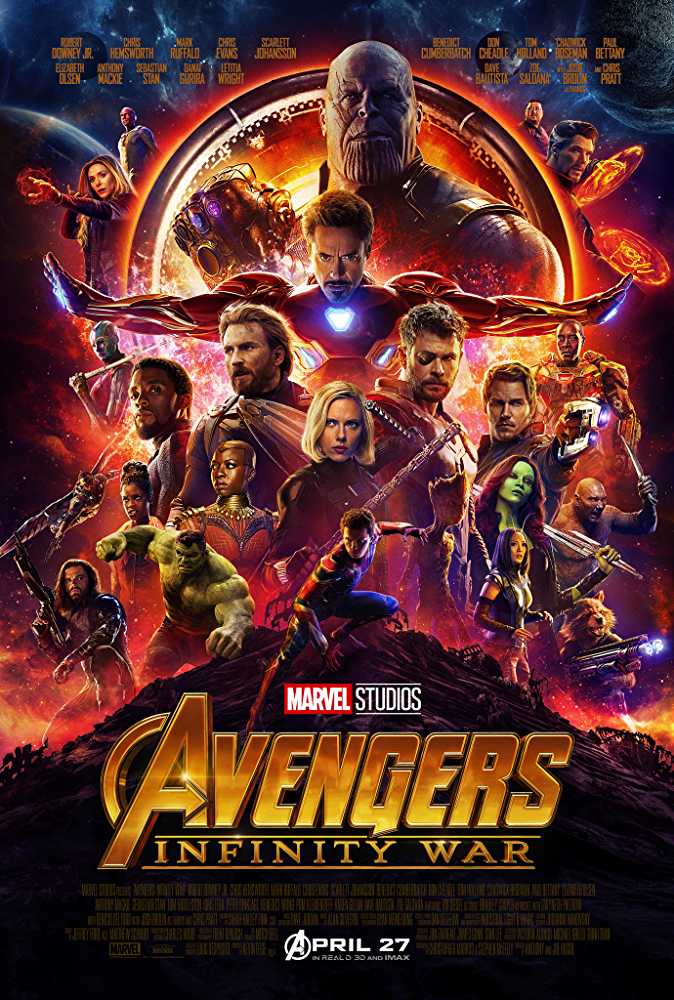 Meanwhile, here's a close-up of the Night King as Thanos: 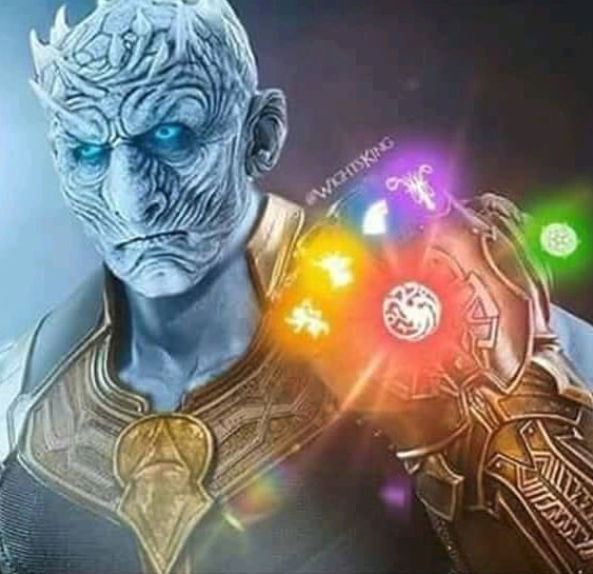 Now, there are actually different opinions as to who should really wield the Infinity Gauntlet. Two strong cases have been made:

1. George R R Martin - this works for a very good reason. Author GRRM is perhaps the biggest villain in Game of Thrones as no character, however important, is safe so long as he's around. In a way, his pen (old DOS Computer, to be specific) is his Infinity Gauntlet 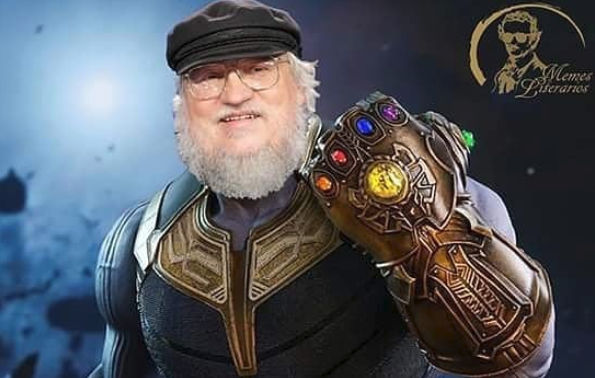 2. Ser Jaime Lannister who memorably lost an arm at Harrenhal which took away most of his legendary fighting prowess and then replaced it with a metal prosthetic crafted by Maester Qyburne. It appears as though Jaime's fake arm has evolved: 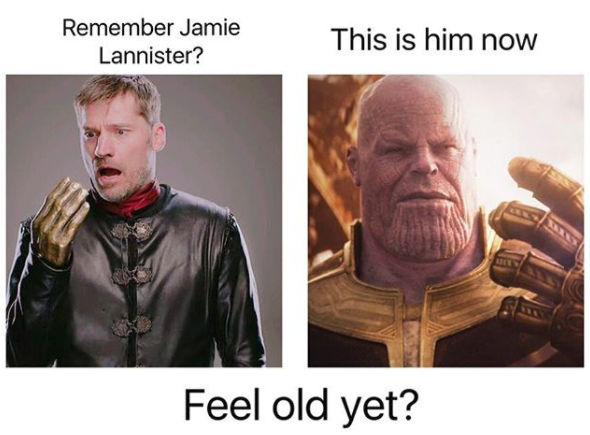 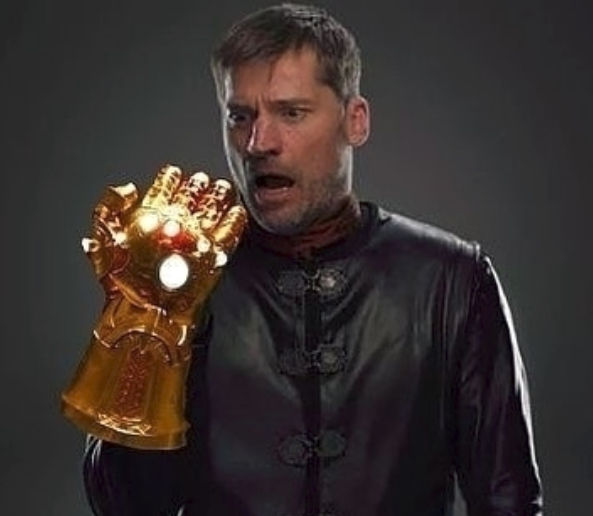 Meanwhile, one person who is conspicuous by his absence in this entire mega cross-over is Jon Snow. It appears as though he's got his facts mixed up and is in the wrong massive franchise. Clearly, he knows nothing: 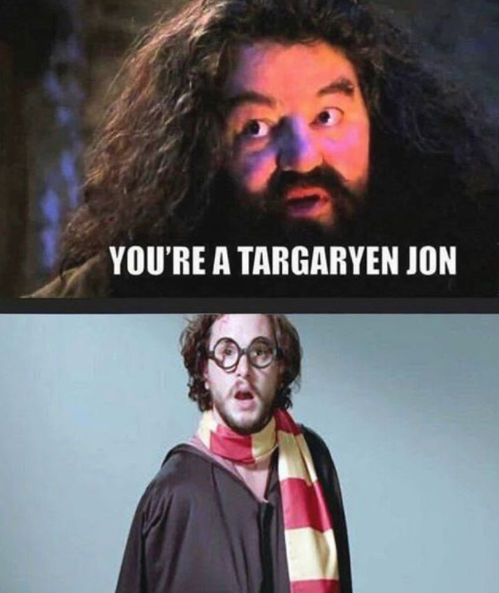 So, are you ready for Game of Infinity War crossover? 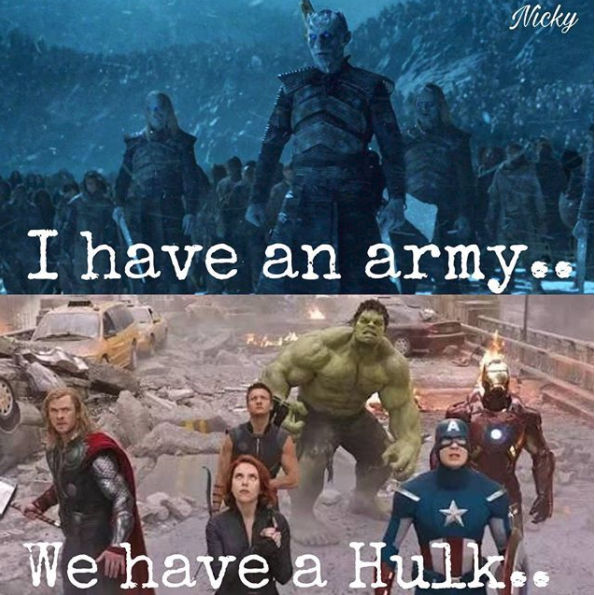 PEOPLE HAVE PLEDGED SO FAR
Malaika Arora seems to enjoy all perks of staying home as she shares her lockdown routine
Tom Hanks "terribly sad" over singer Adam Schlesinger's death, shares a heartfelt tweet
Kim Kardashian rules out the idea of another baby after quarantine with her kids
Was Offset cheating on Cardi B? 'Clout' rapper addresses rumours
'Keeping Up With The Kardashians' season finale to be shot on iPhones amid lockdown
DO NOT MISS
UNITE AND FIGHT CORONA: PM MODI
AIR INDIA SIGNS CONTRACT
MAHARASHTRA COVID-19 TALLY
24-HOUR CURFEW IN MECCA & MEDINA
'9000 MARKAZ CONTACTS TRACED'
FANS EXCITED FOR KOHLI-KP TALK