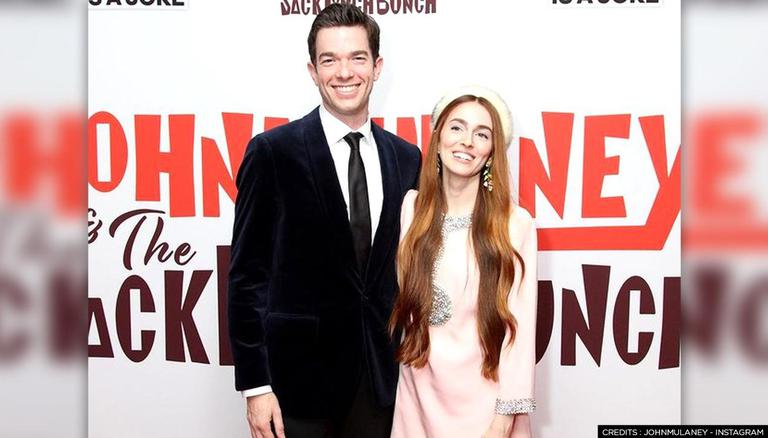 Comedian John Mulaney filed for divorce from his wife Anna Marie Tendler in New York on Friday, as reported by Enews after viewing their court records. Mulaney's filing has come after two months since the duo announced their split in May. Marie Tendler publicly expressed her disagreement with the split. "I am heartbroken that John has decided to end our marriage. I wish him support and success as he continues his recovery," she said in a statement at that time. A spokesperson for Mulaney confirmed the former couple's separation but refused to comment further indicating the star's ongoing recovery from substance addiction. The comedian recently, in February, completed a 60-day stint in the rehabilitation center after seeking treatment for substance abuse.

READ | Who is Anna Marie Tendler? All you need to know about John Mulaney's estranged wife

John Mulaney and Anna Marie Tendler were married for almost seven years before their split. The couple tied the knot in 2014 and their wedding ceremony was officiated by Dan Levy of 'Schitt's Creek' fame. Mulaney is currently dating actor Olivia Munn. The news of John dating Olivia broke out just three days after the comedian announced his split with his now ex-wife. A source told E news that Munn and Mulaney had been acquaintances for a long time before their friendship blossomed into anything more. The source also added that Olivia was extremely supportive of John's recovery journey.

John Mulaney on the work front

In 2018, John Mulaney lent his voice for the animated movie Spider-Man: Into the Spider-Verse. The movie was a critical and commercial success. The film won Best Animated Feature at the 91st Academy Awards. The movie was the first non-Disney/Pixar film to win the Academy Award for Best Animated Feature since Rango (2011). Post his stint in rehab, In May 2021, Mulaney returned to stand-up comedy working out new material titled, John Mulaney: From Scratch.

WE RECOMMEND
John Mulaney and Olivia Munn step out in LA for a romantic brunch date
Who is Anna Marie Tendler? All you need to know about John Mulaney's estranged wife
John Mulaney announces set of 5 consecutive comedy shows for the first time post-rehab
What happened to John Mulaney? Find out why he checked into a rehab
John Mulaney's wife Annamarie shares Olivia Rodrigo's new album 'Sour' in her IG story