'This was his life' | Johnny Depp ‘specifically’ Wanted Camille Vasquez In His Legal Team; Lawyer Explains Why

Attorney Camille Vasquez opened up on why actor Johnny Depp ‘specifically’ wanted her in his legal team. She said, "This was his name, this was his life." 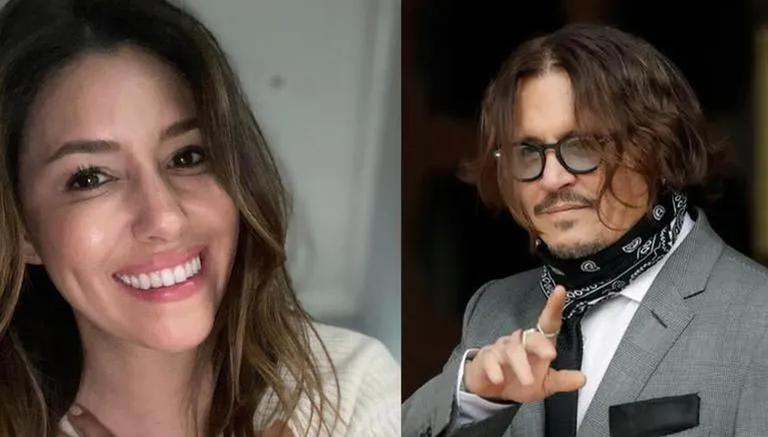 
On June 1, a Virginia jury ruled in favour of Pirates of the Caribbean star Johnny Depp in his defamation lawsuit against ex-wife Amber Heard. The verdict noted that the Aquaman actor defamed Depp when she wrote a 2018 Washington Post op-ed alluding to her past claims of domestic violence. While Depp was granted $15 million in damages for defamation, in contrast to just $2 million for Heard, who had counter-sued. Post winning the high-profile defamation trial against Amber Heard, Johnny Depp's attorney Camille Vasquez became a social media star as the Mortdecai actor fans hailed her for all the efforts she put in to make him win the case against his ex-wife.

On Thursday, CBS Morning shared a teaser from the upcoming interview of Camille Vasquez with host Gayle King during which the latter asked her why Johnny Depp 'specifically' wanted her in his legal team. Replying to her query, Vasquez said that she was 'lucky' that she got to represent him in his defamation trial against ex-wife Amber Heard. Gayle further insisted Camille to explain why only she was chosen to which the latter replied, "This case called for a woman's perspective. And I was the lucky person chosen to do this job."

The host again interrupted, asking, "Do you feel lucky? Is lucky the word?"

To this, Camille replied, "I think so, yeah. I think hard work and luck - you can't underestimate there was a combination there. Of course, it's a tremendous amount of hours, but it's also a little bit of luck, and it's not a job that I took lightly. This was his name, this was his life. It was important."

Earlier, there were rumours that Camille Vasquez and Johnny Depp were romantically involved during the whole trial. Opening up about the same, the former said, "It’s disappointing that certain outlets kind of ran with it or said that my interactions with Johnny – who is a friend and I’ve known and represented for four-and-a-half years now – that my interactions in any way were inappropriate or unprofessional. That’s disappointing to hear."