Johnny Depp's Next Project To Be Based On Late Actor Hedy Lamarr? Here's All About It

Recently, Johnny Depp took to his social media space and shared a picture of late actor Hedy Lamarr that made fans curious about his next project. 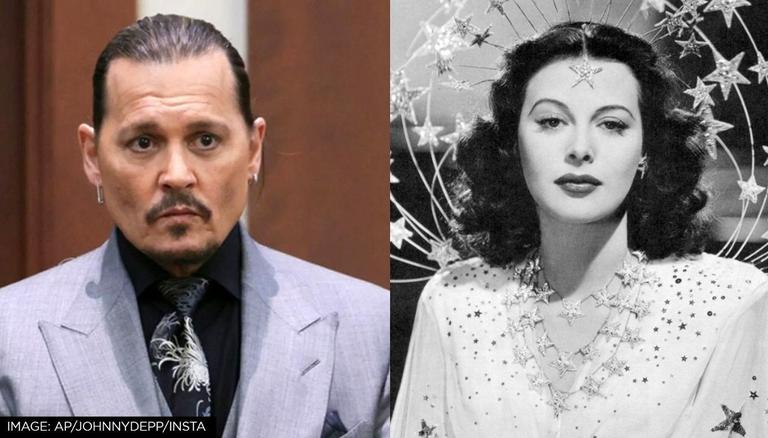 
Actor Johnny Depp has unarguably become one of the most talked-about actors after his high-profile defamation case with ex-wife Amber Heard. The Pirates of the Caribbean star and his legal team scored a big win against Amber Heard and her counsel in the former couple's highly publicised defamation trial. The case finally reached its concluding point on June 1 with the Jury ruling out the decision in Depp's favour and awarding him $15 million as compensation.

Post his victory in the six weeks-long trial case, it seems like Johnny Depp is back in action and is focusing on his derailed career. Recently, Depp took to his social media space and shared a picture of legendary star Hedy Lamarr that made fans curious about Depp's next project.

Johnny Depp, to do a project based on Hedy Lamarr?

On Thursday, Johnny Depp took to his Instagram handle and shared a cryptic post that featured the black and white photo of Austrian-American actor Hedy Lamarr who has starred in several Hollywood films like The Female Animal, Loves of Three Queens, Copper Canyon, and many others. Sharing the picture, Depp wrote in the caption, "Soon… X".

While Depp did not reveal any further details of the project, fans are guessing that he must have written a song about the late actor, or maybe he might have bagged a role in an upcoming series based on the life of the late actor that reportedly stars Gal Gadot as the lead.

Johnny Depp shares a special video after winning the trial

Earlier, Johnny Depp took to his Instagram and shared a video montage of several special moments from the trial. He included a clip of the love and support fans showed to him as they cheered him on from the streets and some videos from his recent performances. Sharing the video, Depp wrote in the caption, "To all of my most treasured, loyal and unwavering supporters. We’ve been everywhere together, we have seen everything together. We have walked the same road together. We did the right thing together, all because you cared. And now, we will all move forward together. You are, as always, my employers and once again I am whittled down to no way to say thank you, other than just by saying thank you. So, thank you. My love & respect, JD."