Johnny Depp's Rep Reacts To Reports Of Star's $301m Deal With Disney; Calls Them 'made Up'

Johnny Depp's representative has set the record straight, mentioning that there's no truth to reports of the actor striking a $301 million deal with Disney. 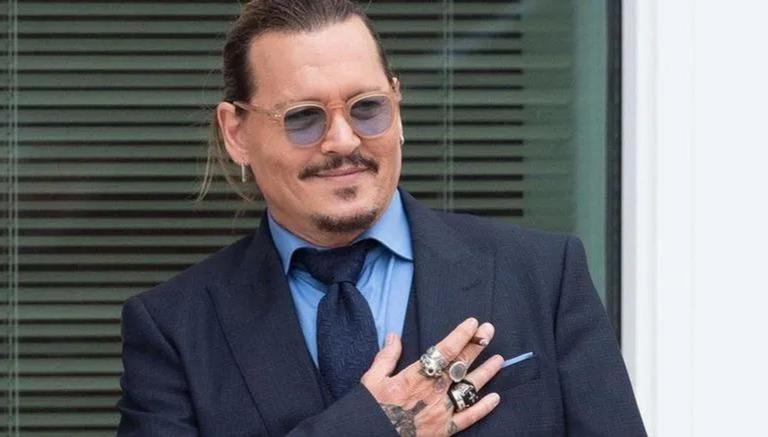 
While Johnny Depp had outrightly denied any possible association with Disney in the future, reports of him reprising his Jack Sparrow role in Pirates Of The Caribbean surfaced recently. Reports claimed that the actor had struck a deal worth more than $300 million to return to the franchise, after being dumped by Disney in 2018 amid Amber Heard's abuse allegations. Johnny Depp's representative has now set the record straight, stating that the source-based report in Poptopic has no truth to it.

Denying reports that Johnny will be collaborating with Disney after almost  four years, the rep told NBC News, "This is made up." For the unversed,  Poptopic had cited an industry insider as its source, claiming that Disney will be offering Depp a $301 million contract deal for appearing in the Pirates Of The Caribbean franchise as well as a Disney+ series.

The source told the website,"Disney is very interested in patching up their relationship with Johnny Depp," and added, "They reached out to the actor prior to his defamation trial against Amber Heard and asked whether he would be interested in returning for another Pirates film or two."

The source further claimed that Depp received a gift basket with a 'heartfelt letter', however they didn't know the actor's response to it. "But what I can tell you is that the studio has already penned up a draft for a film about Jack Sparrow - so they are very hopeful that Johnny will forgive them and return as his iconic character," the insider concluded.

During the defamation trial against his former wife Amber Heard, Depp had agreed that there was nothing on Earth that could get him back to collaborating with Disney. Lawyer Ben Rottenborn asked him, "If Disney came to you with $300 million and a million alpacas, nothing on this earth would get you to go back and work with Disney on a 'Pirates of the Caribbean' film, correct?" to which Depp responded, "That is true." Disney also recently displayed Johnny's image as Jack Sparrow in its light show at Disneyland Paris for the first time in 4 years.