Julia Roberts' husband, cinematographer Danny Moder wished their son Henry on his 14th birthday with a skateboarding video of him. Details inside! 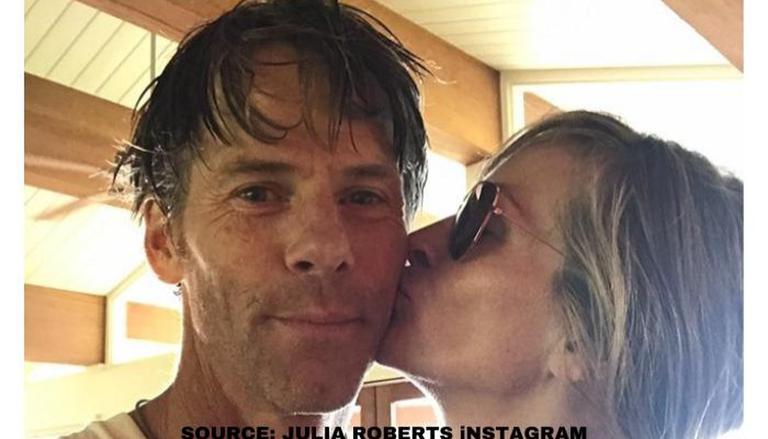 
On June 18, 2021, Julia Roberts' son Henry Daniel Moder celebrated his fourteenth birthday. His father and Fireflies in the Garden cinematographer, Danny Moder took to Instagram and wished him on his birthday. He posted a video of Henry while he was skateboarding which was also appreciated by his followers. Catch the Instagram video right here:

Danny Moder, who rarely posts on social media, took to his Instagram handle and posted a video of his son, Henry skateboarding. He captioned the video "Turning 14…. turning in the air…summers turn. Ya Henry." The director of Ibiza Alex Richanbach, with whom Moder worked as a cinematographer for the movie commented on the post with wave emojis, implying that Henry had great surfing skills. Interestingly, American surfer Kalani Robb appreciated Henry for his skills. Some of the followers jokingly pointed out that he had no helmet on, and most of them said Henry would go a long way with the skills that he displays.

Danny Moder is an American cinematographer, who was married to make up artist Vera Steimberg. He met Julia Roberts for the first time on the sets of a movie called The Mexican in 2000. Julia Roberts was dating the Blood In Blood Out actor Benjamin Bratt at the time. After a little over a year, Danny Moder filed for a divorce with Vera Steimberg and got married to the Eat Pray Love actor on 4 July 2002, at her ranch in a town called Tacos in New Mexico. The couple has three children together, Hazel Moder,  Phinnaeus Moder who are twins born on 28, November 2004, and  Henry Daniel Moder who was born on 18, June 2007. The couple converted to Hinduism after the actor was here shooting for her movie Eat Pray Love in 2009. Their children were given Hindu names,  Laxmi for Hazel, Ganesh for Phinnaeus and Krishna Balram for Henry. Roberts owns a production house called Red Om which is Moder spelt backwards and is named after her husband's last name. She runs the company with her sisters,  Lisa Roberts Gillan, and Marisa Yeres Gill. The couple celebrated 18 years of being married last July, as Julia Roberts took to Instagram and posted a photo saying " 18 Years, Heck Yes."

READ | Are Brianne Howey and Julia Roberts related? Howey catches attention as Roberts' lookalike
READ | Julia Roberts 'grateful beyond measure' as she gets 'fully vaccinated' against COVID-19
READ | Bear Grylls birthday: From Rajinikanth to Julia Roberts, top 5 episodes of 'Into the Wild'