In an interview, American songstress Kelly Clarkson spoke about life after divorce with Brandon Blackstock. She also opened up on her upcoming album.

In an interview on Sunday Today with Gillie Geist, Hollywood singer Kelly Clarkson spoke about her impending divorce from manager Brandon Blackstock and revealed that it is no secret that her life post-divorce has been a ‘bit of a dumpster’. Adding to the same, Kelly Clarkson mentioned that the last couple of months were a little hard for her. The singer also confessed that she has been speaking with many friends, who have been through a divorce.

Kelly speaks about her life post-divorce

Adding to the same, Kelly Clark admitted that she has no idea how people go through a divorce without ‘outlet’ and opined that divorce is the worst thing ever for everyone involved. Kelly Clarkson and Brandon Blackstock were married for seven years. Reportedly, Kelly is now requesting the joint legal and physical custody of her son Remington and daughter River. 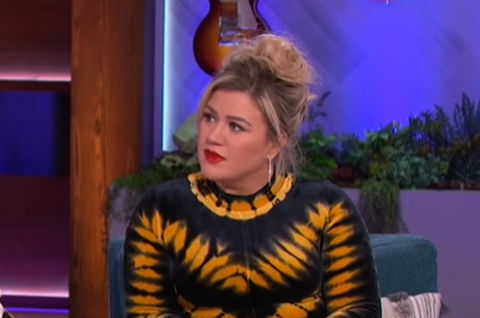 Kelly recently made it to the news when she won her first Emmy for The Kelly Clarkson Show, show in the Outstanding Entertainment Talk Show Host category in less than a month after filing for divorce. In her interview, Clarkson admitted she was occupied with her personal life and had forgotten about the Emmys. Speaking about her upcoming albums, Kelly Clarkson revealed that her upcoming record is based on every emotion one goes through, since the start of relation to its very end.

Kelly Clarkson shot to prominence in 2002, when she won the first season of American Idol, which earned her a record deal with RCA Records. More so, Kelly Clarkson's much-acclaimed song, A Moment Like This went on to become the US' best-selling single of 2002. If the rumours are to be believed, Kelly, till date, has sold over 25 million albums and 45 million singles worldwide.

More so, the singer has had 28 songs on the Billboard Hot 100 chart. In her career, Kelly has won three Grammy Awards, three MTV Video Music Awards, four American Music Awards, two Academy of Country Music Awards, and a Daytime Emmy Award. More so, Kelly was honoured with the Powerhouse Award for her vocals and had bagged the nineteenth position on VH1's list of 100 Greatest Women in Music.

(Image credits: A YouTube screengrab from The Kelly Clarkson Show)

WE RECOMMEND
2 weeks ago
India overtakes Brazil to record highest number of COVID-19 recoveries in world: Johns Hopkins data
3 months ago
Kelly Clarkson says life as a single mother during pandemic is 'exhausting'
3 months ago
Kelly Clarkson talks about weight loss and how beautiful Adele looks; Read details here
2 weeks ago
'The Voice' is back with a fun-filled preview of its socially-distanced season, watch
2 weeks ago
Kiara Advani drops 'Indoo Ki Jawani' first teaser, says 'it's a date' on September 16