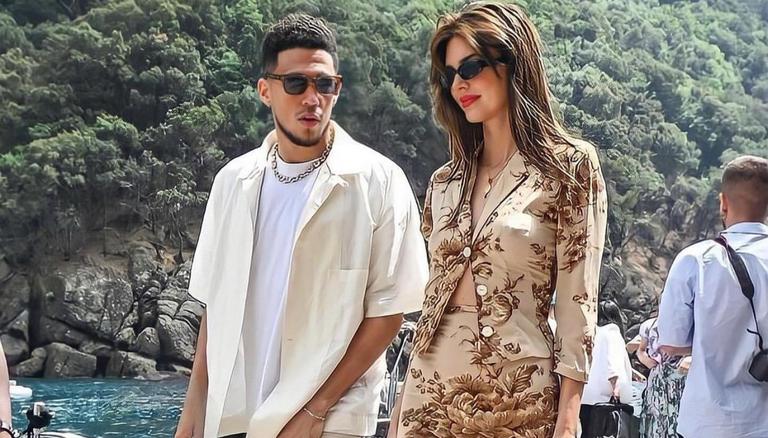 
American model Kendall Jenner has called it quits with NBA star Devin Booker after reportedly dating for two years. The two stars who had sparked relationship rumours in June 2020 have parted ways, however, according to E-News, they could think of reconciliation.

One of the sources close to the couple told E-News that Kendall feels like they're on different paths, while another claimed that the duo "have had discussions about their future but they are not on the same page."

Kendall and Devin have kept their relationship relatively private, however, they recently went public after the two were spotted at Kourtney Kardashian and Travis Barker's wedding in Italy just last month.

The insider shared that both the stars had a great time in Italy while celebrating the wedding festivities, "but once they got back, they started to feel like they weren't aligned and realized they have very different lifestyles."

However, sources told the International outlet that the breakup might not be permanent as the two hope to make it work, but 'as of now, they are split." Kendall and Booker had first sparked dating rumours in April 2020 when they were spotted driving in Arizona together. After weeks of speculations by the frenzied fans, the pair officially began dating in June of that year.

In February 2021, Kendall took the relationship to the next level by going Instagram official on the romantic occasion of Valentine's Day. To celebrate the festival of love, the supermodel and media personality had shared a photo of her and Devin laughing while lying on a kitchen counter.

Now, this year in March, the sportsperson reflected on their public romance after being asked whether it was "hard having the spotlight" on their private lives. The NBA player during a conversation with Wall Street Journal spilled that he is enjoying life to the fullest, and this was really easy to say because he feels that he is in a good place right now. "I love my family, I love the people around me, and I love the impact that I get to have on this world," he told the outlet.

Meanwhile, for her sister's wedding in Italy last month, the 26-year-old model looked stylish as she chose a long sleeveless body-hugging attire that was accentuated with floral prints. Kendall kept her look simple yet elegant with minimal accessories with her hair tied in a sleek bun. Holding a statement bag, she walked hand-in-hand with beau Devin Booker as she was papped outside the venue.