'Kim’s Convenience' fame Jean Yoon recently came out in support of co-star Simu Liu after he shared his unpleasant experience on the show. Have a look. 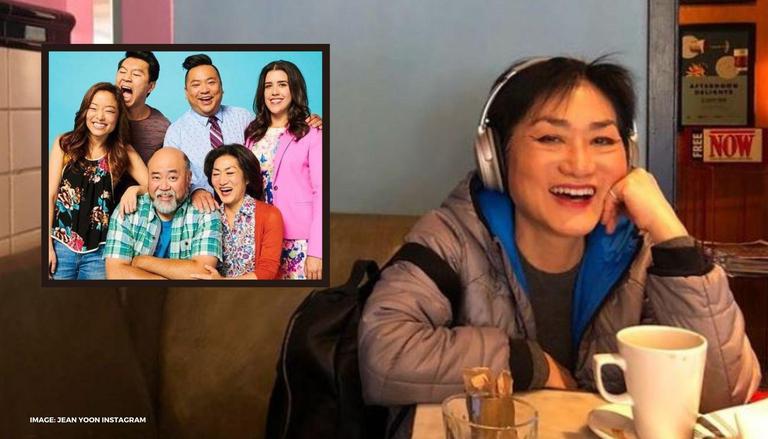 
The international sitcom Kim’s Convenience has been wrapped up in controversies ever since the makers decided to wrap up the show with its fifth season. Actor Simu Liu, who played the character, Jung, on the show, recently shared a post on Facebook, highlighting multiple inside stories which pointed towards unfair pay, lack of representation in the writers’ team, and the politics that unfolded before the final season of the show was announced. Actor Jean Yoon, who played the character Umma, recently came out in support of her co-star, gaining immense attention through her tweets. She revealed that parts of the last season were blatantly racist and culturally inaccurate in many ways.

After Simu Liu’s explosive social media post highlighting his unpleasant experience on the show, various renowned celebrities voiced their opinions on the subject. One of the many people to take up the issue was television critic John Doyle, who did not agree with some of Simu Liu’s allegations. He disagreed with Liu’s stance on lack of representation in the writers’ team, in an article for The Globe and Mail. He stated that the team had close to 13 female writers and was also of the opinion that writer Choi must be given more credit for his work on the 65 episodes.

Actor Jean Yoon, who played the character, Mrs Yong-mi Kim, on Kim’s Convenience, was quick to call out John Doyle’s article and come out in support of her co-star Simu Liu. She wrote that the lack of Korean female writers on the show made her experience very difficult and painful over the last few years. She also called out Doyle for attaching Simu Liu in the article. She further added that even though Choi wrote the play, his co-creator Kevin White was presented as the showrunner.

READ | 'Kim's Convenience' season 5 drops on Netflix, netizens are 'already obsessed' over it

Dear sir, as an Asian Canadian woman, a Korean-Canadian woman w more experience and knowledge of the world of my characters, the lack of Asian female, especially Korean writers in the writers room of Kims made my life VERY DIFFICULT & the experience of working on the show painful

Your attack on my cast mate @SimuLiu, in the defense of my fellow Korean artist Ins Choi is neither helpful nor merited. Mr. Choi wrote the play, I was in in. He created the TV show, but his co-creator Mr. Kevin White was the showrunner, and clearly set the parameters.

Jean Yoon also tweeted that Choi’s diminishing presence was quite evident on the sets and this was also kept a secret from the cast of the show. She was also of the stance that Choi’s absence had become a crisis as the fourth and the fifth season of Kim’s Convenience was being developed.

This is a FACT that was concealed from us as a cast. It was evident from Mr. Choi's diminished presence on set, or in response to script questions. Between S4 and S5, this FACT became a crisis, and in S5 we were told Mr. Choi was resuming control of the show.

The cast received drafts of all S5 scripts in advance of shooting BECAUSE of Covid, at which time we discovered storylines that were OVERTLY RACIST, and so extremely culturally inaccurate that the cast came together and expressed concerns collectively.

Speaking about the final season of the show, Jean Yoon said that they had received the scripts of this season in advance due to the COVID 19 situation. She further added that this was when the cast found the storylines “overtly racist” and “culturally inaccurate”. She also revealed at the end that they even came together and expressed their concerns collectively before the shoot commenced.

READ | Kim So-Hyun birthday quiz: Guess the drama based on the character description

The cast received drafts of all S5 scripts in advance of shooting BECAUSE of Covid, at which time we discovered storylines that were OVERTLY RACIST, and so extremely culturally inaccurate that the cast came together and expressed concerns collectively.

READ | As 'Kim's Convenience' comes to an end, here are more shows based on Asian characters