Kumail Nanjiani Wears A Sherwani At 'Eternals' Premiere, Reveals Story Behind The Outfit

Kumail Nanjiani, who went to USA at age 18, called his mom in Pakistan before wearing sherwani at the 'Eternals' world premiere on Monday. 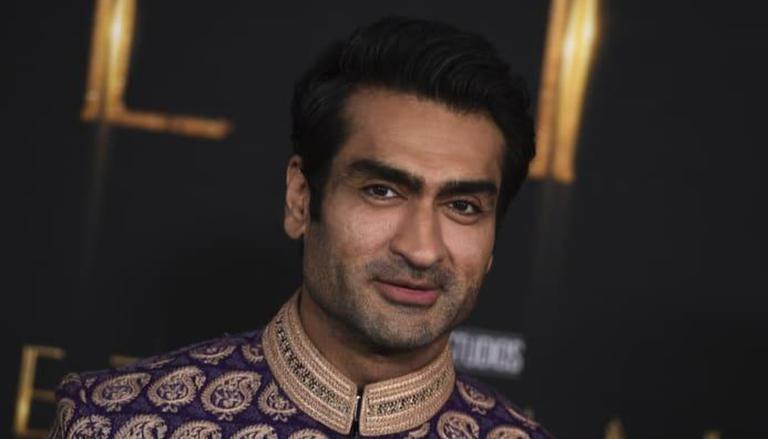 
Eternals is among the ventures that audience across the world are waiting for. The movie is just over two weeks away from release and the makers raised the excitement around the venture by holding a special world premiere at Hollywood in Los Angeles on Monday. The stars, who are blessed with superpowers in the movie, looked like superheroes in the style department, on the red carpet.

The cast members came out in their stylish gowns and suits at the grand event. One of the stars who stood out from the rest was Kumail Nanjiani. The Pakistan-born actor stuck to his roots by donning a sherwani at the event.

Kumail was dressed in a purple and gold sherwani at the premiere, as he posed with his wife Emily V Gordon on the red carpet. When asked about his choice of attire, the actor told The Hollywood Reporter that one of the reasons he chose the sherwani was because they 'look awesome'. He added that his costumer designer in Eternals always kept reminding him about sherwanis.

Kumail contacted a Karachi-based designer named Umar Sayeed and shared that he wanted his outfit to be similar in colour to that of his outfit in the movie. Hence, he chose to go with purple and gold, which he feels, is a 'beautiful combination.' 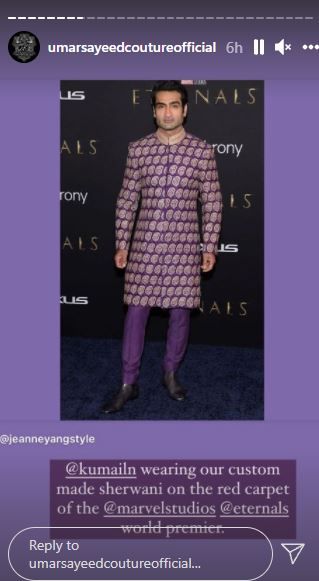 Some of the highlights of the outfit was that it was 'hand-beaded' with palsey pattern on the front and threading at the back, the report said.

Meanwhile, Kumail plays the character of 'Kingo' in the movie. He is an Eternal who can release cosmic energy proectiles from his hands.

Eternals is directed by Chloé Zhao. The movie is gearing up for release on November 5.