'Kung Fu Hustle' Cast: Know All About The Characters In The Action Movie

Stephen Chow's 'Kung Fu Hustle cast brings together many popular actors who created iconic scenes in the movie. Know all about the cast of Kung Fu Hustle. 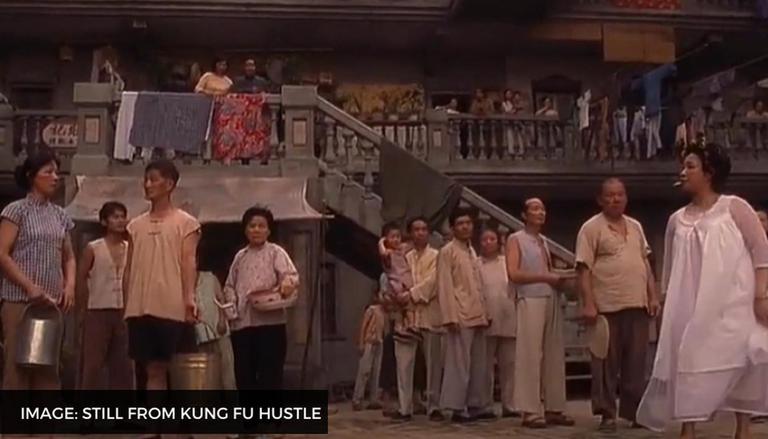 
The 2004 film Kung Fu Hustle is one of filmmaker-actor Stephen Chow's most renowned projects. The movie, which has a 7.7 rating out of 10 stars on IMDb and a 91% rating on Rotten Tomatoes, focuses on the lives of Sing and Bone, revolves around two thieves who wish to join the infamous Axe Gang. To do so they attack the Pigsty Alley, a slum, and gain popularity. Their plans fail as the Landlady drives them away. The movie is packed with action scenes and hilarious moments. Stephen Chow has not only helmed the movie but has also played an important role in the Kung Fu Hustle cast.

The cast of Kung Fu Hustle

Sing and his friend Bone want to join the notorious Axe Gang. He is a master at the technique called "Fut Gar Buddhist Palm technique". He learned the technique at an early age to protect a young girl. Due to unforeseen events at a younger age, Sing decides that he never wants to be a good guy and resorts to becoming a villain.

READ | If you loved 'Grey's Anatomy', here are a few shows featuring the same cast

Bone plays an important role in the cast of Kung Fu Hustle. He is Sing's sidekick, supporter, and friend. Sing and Bone share many funny scenes together. Lam Chi-Chung's character is shown as an obese and funny character.

READ | 18 years of 'Ishq Vishq': Shahid Kapoor to Amrita Rao, what is the cast of the film up to?

Yuen Wah and Yuen Qui are shown as the Landlord and Landlady of Pigsty Alley, respectively. While the Axe Gang, Sing, and Bone think of the couple as an elderly and helpless couple, they are met with a surprise when the duo is able to defend themselves and their slum well when attacked. The Landlord and Landlady are shown as Kung Fu masters in the movie and pose a tough competition for their enemies.

Brother Sum is played by Danny Chan Kwok-Kwan in the Kung Fu Hustle cast. The character is the dangerous leader of the Axe Gang. When he learns that Sing and Bone want to join the gang he gives them a simple task, kill one person. He knows that Sing and Bone are small crooks who wish to become a member of his infamous gang.