Laurence Fishburne, who played the role of Morpheus in the Matrix trilogy, recently revealed that he is not aware of the reason behind his absence in Matrix 4. 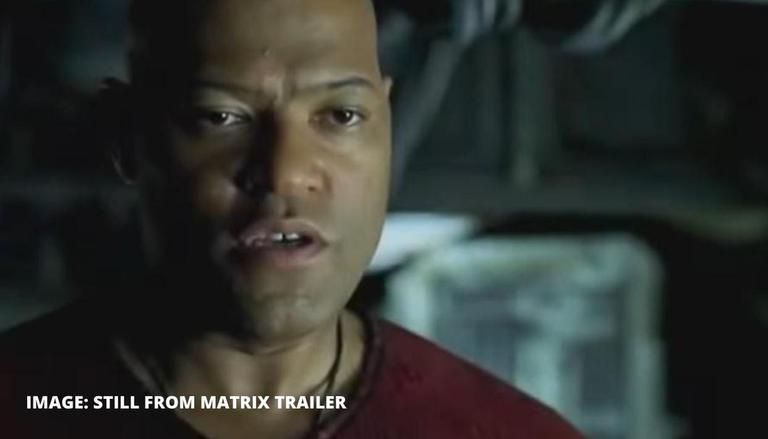 
Matrix 4 is one of the most anticipated movies of 2021. The fourth instalment in the Matrix franchise will see Keanu Reeves reprise his role Neo. While the movie is set to welcome some new faces including Priyanka Chopra, Laurence Fishburne would be missing in this fourth instalment. When asked about the reason behind his absence in the film, here's what Laurence Fishburne had to say.

Laurence Fishburne reveals why he is not in Matrix 4

Laurence Fishburne, who played the role of Morpheus in the Matrix trilogy, recently revealed that he is now aware of the reason behind his absence in the upcoming film. During a chat with Collider, Laurence Fishburne was asked if he was tired of being asked about the fourth instalment. Laurence replied to the news outlet and said as the people kept asking him the same question, the news is not going to get old. Fishburne further revealed the reason behind his absence in the upcoming film and said that the viewers have to ask this question to the director Lana Wachowski as he does not have an answer to that.

Last year, Laurence told the New York Magazine that he was not invited to star in the new film. However, he wished the filmmakers well and hoped the film would be great. He also said since he is not going to star in the film, he would rather write a play.

Laurence Fishburne on his role in Matrix movies

Laurence Fishburne also opened up about his role as Morpheus in Matrix movies. He commented on his role and said it is the role he would be best remembered by, However, Laurence further said he also has better roles for which he would be remembered. Fishburne then continued and said he has got Darth Vader, Obi-Wan, Bruce Lee and Muhammad Ali in his hand.