Lindsay Lohan confirmed her relationship with rumoured beau Bader S Shammas as she announced her engagement. She called him, 'my love, life, family & future.' 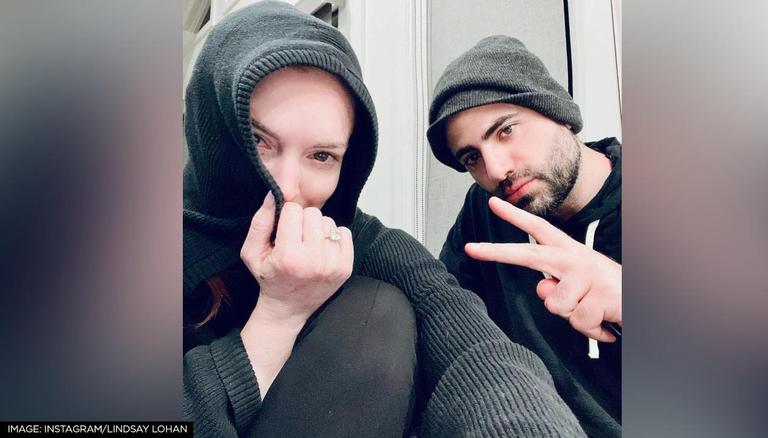 
Lindsay Loha,n who will soon be making her comeback, was rumoured to be in a relationship with the businessman, Bader S Shammas. The rumours about their link-up had been making their rounds since earlier this year as the duo were spotted together on various occasions.

The Mean Girls actor has now confirmed her relationship with beau Bader S Shammas and also showed off her engagement ring.

Lindsay Lohan took to her Instagram and shared photos with her fiance Bader S Shammas, confirming their relationship. The actor also showed off her engagement ring in the photos. Bader and Lindsay have been linked together since they were spotted together at a music festival in Dubai shortly before the pandemic hit. As she shared the pictures, the actor wrote, "My love. My life. My family. My future. @bader.shammas #love."

READ | Lindsay Lohan's mother on Chrissy’s hurtful words: ‘They're inflicting so much pain’

Meanwhile, the Mean Girls and The Parent Trap star, who has been mostly away from front-of-camera roles of late, will soon be making her comeback. Lohan will be making comeback through Netlfix's untitled holiday movie that will release in 2022. The plot centres on a newly engaged, spoiled hotel heiress (Lohan) who gets into a skiing accident and, suffering from amnesia, finds herself in the care of a handsome (Chord Overstreet), blue-collar lodge owner and his precocious daughter in the days leading up to Christmas. Among the other members of the crew was Janeen Damian, who is the director. The filmmaker has penned the script with Michael Damian, Jeff Bonnett, and Ron Oliver.

Earlier in October, Deadline reported that Lohan will be launching her own untitled audio series with Red Arrow Studios' Studio71 with tentative plans to launch later this year or early next year. The actor is all set to "share her authentic voice" and listeners will get "a chance to experience a never-before-seen side" of the Parent Trap star. Talking about her upcoming podcast the actor said, "I'm excited to partner with Studio71 in the development and production of my podcast. I’m looking forward to connecting with more of my fans and having intimate conversations with friends and thought leaders across all industries."