Loki star Sophia Di Martino recalls the super-secret audition process for Sylvie. Read on to know more about what did the actor have to say. 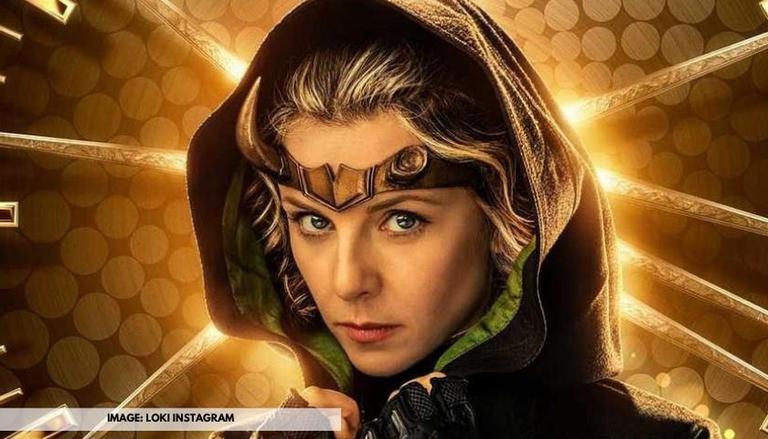 
Sophia Di Martino, who plays the part of Sylvie in Loki, quite recently spoke about her auditioning process for the critically acclaimed MCU spinoff Disney+ Show. As per a report on Comicbook, Sophia Di Martino was sent a fake scene by the director of the series, Kate Herron, which stated that the name of the characters was "Bob & Sarah". In addition to the same, the star even revealed that the only thing that she knew about the project was that Kate Herron, who also directed the first two seasons of Netflix's Sex Education, is helming it. Read on to know more.

While conversing with the officials at Comicbook, Di Martino revealed that at first, she didn't know anything about the show. Adding to the same, the Loki cast member revealed that she was told it was just an unknown project. Later on, she revealed that she and Herron had worked on a short film in the past, which is how she knew her. Adding to that, Martino said that Herron messaged her to say, 'I'm working on this project,', which, in her opinion, was "really vague".

Herron, as per Di Martino, further said that she would like to see what does the actor do with the character and her agent will be in touch. Finally, Di Martino said that she received a  "very short scene" between "Bob and Sarah", for which she just gave a single take. She was then quoted reiterating that she had no clue what it was for. As per a report on ScreenRant, it is only after being cast as the character, she learned about the other elements of Loki, such as the TVA, Miss Minutes, and the Time Keepers, amongst others.

Over the years, Marvel has developed a reputation for conducting auditions in such a fashion, where the actor trying for the part is given very few, or sometimes no details about their part and is seldom given a scene. As reported earlier, Black Panther and Without Remorse star Michael B. Jordan had to go through a similar ordeal while doing a screen test for Kylo Ren, the part that eventually went to Marriage Story star Adam Driver. It is believed that the aforementioned "Bob & Sarah" scene is reminiscent of one of the banter sequences between the two Loki variants that is a part of the third episode of the limited series.

Loki sees Tom Hiddleston return to the MCU as the fan-favourite God of Mischief in a show that is touted to be a mind-bending time-hopping action comedy thriller. Owen Wilson's character, agent Mobius M. Mobius is essentially a mentor figure to the character played by Tom Hiddleston in Loki. Loki cast, in addition to the two, also features the likes of Gugu Mbatha-Raw as Ravonna Renslayer, Cailey Fleming as Sylvie Lushton, and Erika Coleman as Florence Schaffner. As far as Loki episode 4 release date in India is concerned, a new episode of the same will be made available for streaming every Wednesday by 1.30 pm Indian Standard Time on Disney+, Disney+ Hotstar and Hulu, depending upon one's geographical location. The premiere episode of the same was released on June 9th. Loki Episode 1, 2 and 3 reviews by many have described the premiere episode as "Weird, fun and a whole lot more", amongst other things. As far as Loki Episode 4 release date is concerned, the same will be released on 30th June 2021 1.30 pm Indian Standard Time.

READ | How to get the Loki skin in Fortnite? Here's more about the Fortnite Crew Subscription
READ | Is Loki bi? Loki director Kate Herron confirms the fact about the MCU character

WE RECOMMEND
Loki writer Michael Waldron addresses time travel rules in the upcoming series
Sophia Di Martino reveals she was nine months pregnant when she got offered 'Loki'
How to get the Loki skin in Fortnite? Here's more about the Fortnite Crew Subscription
"Tony, Natasha sacrificed their life for this,'' question angry fans after Loki episode 1
'Loki' episode 3 release time in India: When will the next episode air on Disney+ Hotstar?