Riverdale star Madelaine Petsch to star next in the rom-com About Fate; she will be sharing screen space with Thomas Mann & Emma Roberts; read for details. 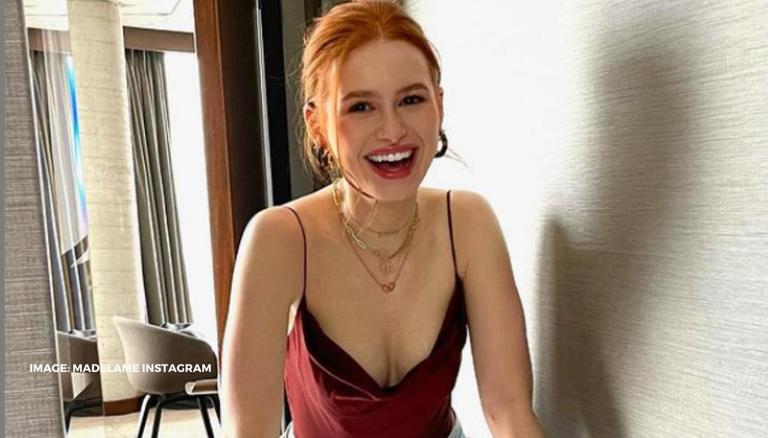 
Madelaine Petsch is ready to star next in a rom-com written by Tiffany Paulsen, titled About Fate. The actor will be seen sharing screen space with Emma Roberts, who plays a key role in the movie. Read further to know other details about the movie and what will it be about.

Madelaine Petsch to star in 'About Fate' with Emma Roberts

According to Deadline, the latest addition to the cast of About Fate is the popularly known Riverdale star, Madelaine Petsch. The actor will be sharing screen space with Emma Roberts, Thomas Mann, Anna Akana as well as Lewis Tan. The movie is bankrolled by Vincent Newman, while Marius Weisberg is at the helm.

Its screenplay is written by Tiffany Paulsen, marking her second collaboration with Roberts within a year. She had also written the story for the Emma Robert and Luke Bracey movie Holidate, which released on Netflix in October 2020. The movie is also an official remake of the Soviet film, The Irony of Fate, which released in 1976 and was written by Eldar Ryazanov, who also directed it along with Emil Braginsky.

The upcoming rom-com will chronicle the lives of two people, who believe in love but have never been able to experience its true meaning. However, the movies see a weird twist of events and both of these people end up meeting each other on a stormy New Year’s Ever, which leads to quite some comedy and confusion. The movie’s filming kicked off in Boston, Massachusetts on June 7, 2021, and will be sold worldwide by Endeavour Content.

Madelaine will be seen playing the role of Thomas Mann’s girlfriend in the movie and has expressed that she is looking forward to star opposite him. The actor who is popularly noted for playing Cheryl Blossom on the CW teen drama, says that she is thrilled to see Mann propose to her on NYE. Madelaine was also seen on the Netflix film Sightless in recent times, followed by which she also bankrolled the documentary Meat Me Halfway, which releases in July 2021. Petsch is represented by Mosaic, CAA, and attorney Chad M. Christopher.