GOT fame Maisie Williams' new blonde hair color and bleached eyebrows stood out at the BRIT Awards on Tuesday. Check it out. 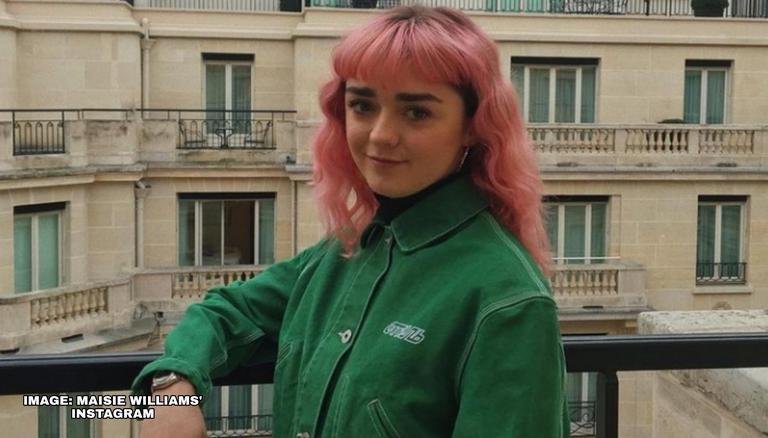 
Actor Maisie Williams garnered massive attention at the BRIT Awards 2021 with her new blonde hair colour and bleached eyebrows. The 24-year-old actor, who is best known for her role of Arya Stark in Game Of Thrones, was there at the award ceremony to present the Global Icon Award to Taylor Swift. The Willow singer, who is a big Game Of Thrones fan, gushed about Maisie's presence upon receiving the award.

According to E! Online Maisie attended the ceremony on May 11 at London's O2 Arena and she wore a pair of loose bangs that framed her face and put her brows front and center. She opted for a natural look with a bit of mascara, nude lipstick, and eyeliner. While the actor has already changed her hair color and bleached her eyebrows for some time now, it was her choice of regal white dress for the ceremony that made her look stand out at the ceremony.

As Taylor Swift won the Global Icon Award at BRITS, the Blank Space singer made history by being the first woman and first non-British star to have earned the award. Upon receiving the award, Taylor Swift gushed about Maisi and said that if anyone knew her well they know that she is a huge Game of Thrones fan, and the fact Maisie presented her the award made her want to grab her. She then thanked her for coming there to present her award.

READ | Game Of Thrones' writer George R.R Martin's opens up on his struggles in the pandemic

Maisie Williams's blonde look is for her upcoming mini-series Pistol created by Craig Pearce. The 6-episode limited series is a biographical drama based on the English rock band Sex Pistols. Maisi will be essaying the role of Pamela Rooke, popularly known as punk icon Jordan. The film went on the floors in March and will premiere on FX later this year.

While her hair color made news at the BRIT Awards, Maisie's fans had already got a peek of it a while ago through her Instagram posts. Last month, Maisi added a series of photos when she became a WWF global ambassador for climate and nature as well as on her 24th birthday. While announcing one of her campaigns she wore a knitted sweater and a t-shirt that said 'Choose Earth'. While she posed outdoors, she was seen in her blonde hair which was tied in a semi-pony, and her bleached eyebrows.

READ | 'House of the Dragon' cast: Know about the characters of 'Game of Thrones' prequel