In a June 16 episode of the Divorced Not Dead podcast, Melissa Rivers said, "I would love to have another child." Read to know more about it. 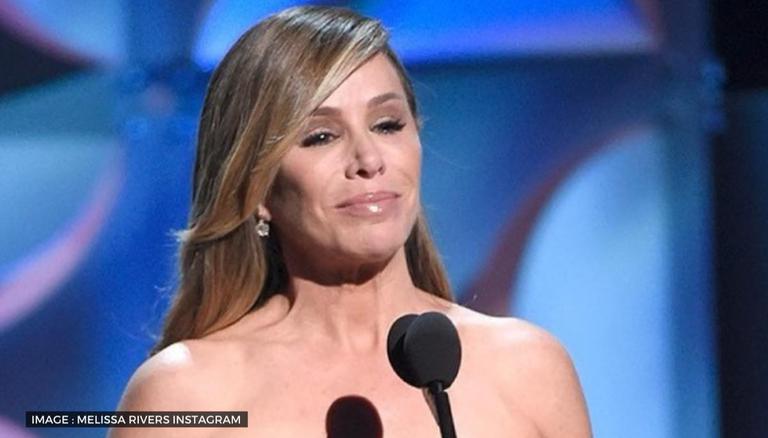 
Melissa Rivers recently appeared as a guest on an episode of Caroline Stanbury’s Dear Media podcast named Divorced Not Dead. While the duo discussed various things in detail, Rivers was heard revealing that she would love having another kid. Melissa, who has a 20-year-old son, also added that her friends question this desire of hers and wonder why she would want to go through the process yet again.

In the June 16 episode of the Divorced Not Dead podcast, hosted by Caroline Stanbury, Melissa Rivers joined her as a guest. “I would love to have another child,” declared Rivers, confidently, while discussing potential relationships and other related things. The actor added that she does not feel that there is any need for her to be married to do so and that she would love to ‘go through the experience’ again.

River's friends think she has lost her mind

However, the actor shared how her friends are not in full support of it. “My girlfriends are like, ‘You’ve lost your mind’,” revealed Melissa Rivers, stating how they have all reached an age where their children are just ‘getting out’ since they have all grown up now. She added, “They are laughing, they are like, ‘Really? You want to go through the stress of even getting into college again?’” While she spoke about how her friends questioned if she really wants to raise a child again, she seemed confident as she confirmed that she truly thinks she does.

READ | How many episodes are there of 'Big Sky'? Learn more about the ABC series

Melissa Rivers has a 20-year-old son, Cooper, from her marriage to John Endicott. While they married in the year 1998, they divorced in 2003. In the Divorced Not Dead podcast episode, Rivers also revealed that although Cooper did spend time with his father growing up, he was around her much more than him. Further, speaking of if she was to turn parent to another child, Rivers would choose to take the route of adoption, she revealed.

READ | What happened on 'Big Sky' episode 4? Find out how Cody died on the show

The actor, who is known by her mother Joan Rivers’ stage surname, had a reality television show with the latter. Joan and Melissa starred in Joan & Melissa: Joan Knows Best? until a few months prior to the former’s demise. One of the most popular Melissa Rivers' shows, it aired for four seasons, from 2011 to 2014.