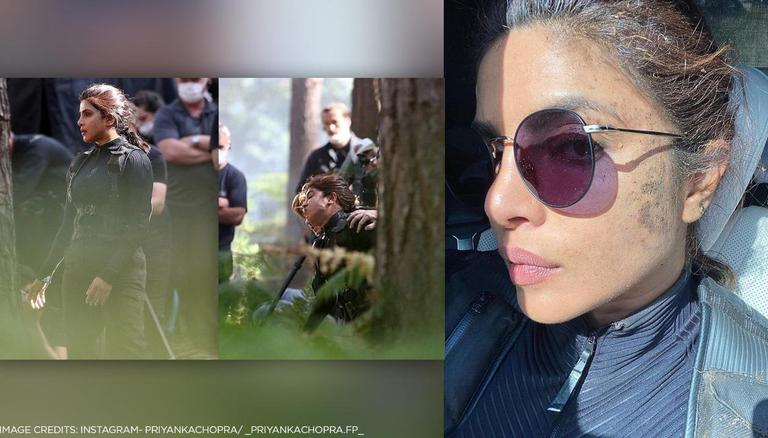 
Ever since global sensation Priyanka Chopra has started filming for Citadel, fans have been curious to know more about the film. From time to time, Priyanka keeps her fans updated by posting pictures from the sets. Recently, the actor who is shooting for the upcoming action film in London, shared a glimpse of her another "messy day at work."

Priyanka Chopra shares glimpses of her look from Citadel sets

The Russo Brothers' multi-series is being shot in the UK extensively. In the picture, the Sky is Pink star can be seen sporting a black outfit and a pair of shades. Apart from that, she had little mud on her left cheek. "Messy day at work. Can't wait for you to meet her! #Citadel," Priyanka Chopra wrote in the caption. Filmmaker Mindy Kaling, who is a good friend of Priyanka Chopra and will work with her on a film soon, hilariously commented on the actress' post: "You could say this was a new makeup trend and I would literally put mud on my face." 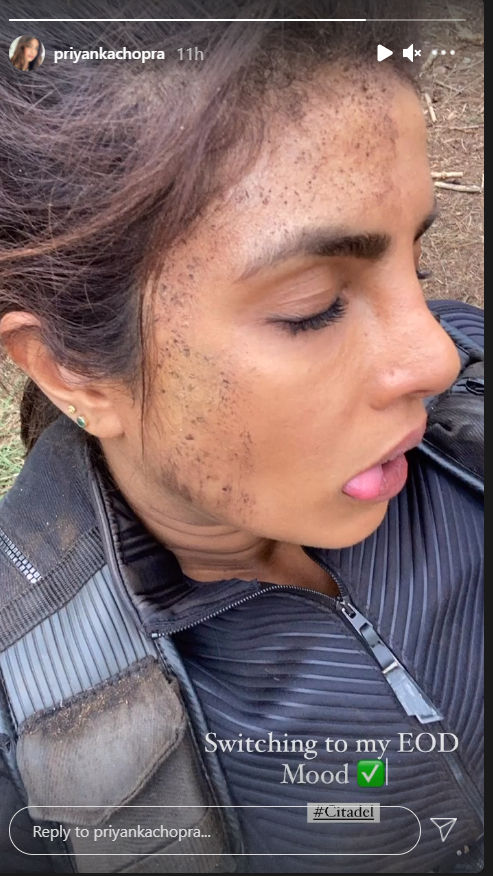 On her Instagram story, Priyanka Chopra shared another photo from the Citadel set and wrote: "Switching to my EOD mood." Apart from these, several fan pages f the actor also shared pictures from the sets that featured the star dressed in a black and khaki outfit and her hair is tied in a braid. From the look of it, it seems the actor shot some action sequences. One of the photos also features Pedro Leandro pointing a gun at her.

Meanwhile, adding another feature to her already embellished cap, Priyanka recently took over the position of the chairperson of the MAMI (Mumbai Academy Of The Moving Image) Mumbai Film Festival. The position was left vacant when Deepika Padukone stepped down as the chairperson of the film festival earlier this year. The actor updated about her role and responsibilities with a video on Twitter while explaining her sincerity in taking charge as the new chairperson. On the professional front, apart from Citadel, she will next be seen in Matrix 4, a budding comedy with Mindy Kaling. She also previously announced her new project Jee Le Zaraa along with Katrina Kaif and Alia Bhatt.