Michelle Obama shared her take on Meghan Markle's controversial interview with Oprah Winfrey and stressed on importance of 'forgiveness', family. 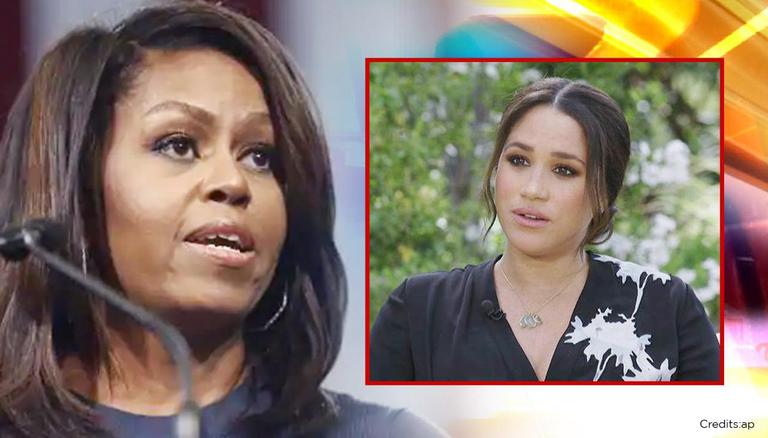 Meghan Markle’s sensational allegations against the Royal Family is still being discussed after its telecast over a week ago. The Duchess of Sussex received support from the majority of the viewers, though a section was not convinced about its credibility. Former United States of America First Lady Michelle Obama also shared her take on it and highlighted the importance of family.

Michelle Obama was asked about the sensational interview during an interaction with Access Hollywood. She replied stressing on the importance of family and hope on what the Royal Family 'was going through.’ The Becoming author, who was interviewed by the Suits actor in the past, stated that she prayed there was 'forgiveness', while also hoping for 'clarity, love and resolve' at some point in time for them. She concluded her statement by asserting that there was ‘nothing more important than family.’

Meghan Markle, in her interview alongside Prince Harry, told Oprah Winfrey that unnamed members of the Royal Family stated that their son Archie would not receive the title of prince or security. She alleged that there were discussions in the Royal Family around what the colour of the baby would be, when she was pregnant. Meghan Markle stated that she also had suicidal tendencies, and was not encouraged when she expressed her urge to seek mental health help.

Meghan received the support of international artists like Beyonce and Sophie Turner, while Piers Morgan's statements in disapproval and doubting her claims got flak. In India, Kangana Ranaut and Simi Garewal’s statements made headlines, the former backing the Queen and the latter stating that she did not believe Meghan Markle's comments.