Millie Bobby Brown recently took to Instagram to share adorable pictures, giving fans a glimpse of how she spent her Sunday with her rumoured boyfriend Jake. 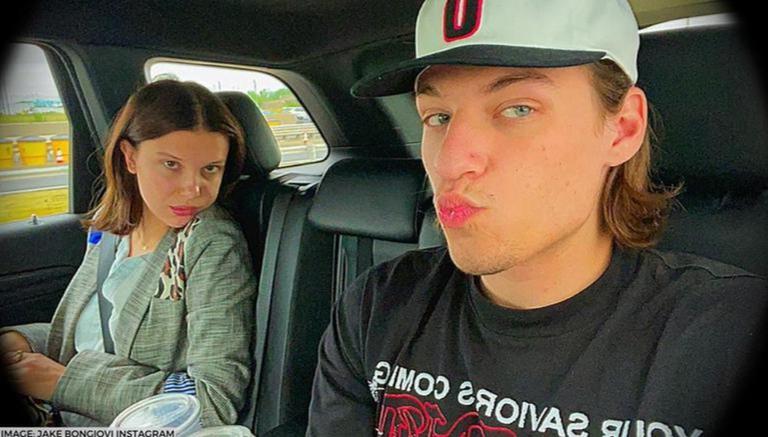 
Millie Bobby Brown and Jake Bongiovi have been making headlines ever since they were photographed walking hand in hand on the streets of New York. The actor recently took to Instagram to share adorable pictures, giving fans a glimpse of how she spent her Sunday. Along with the pictures, Millie also penned a caption describing the pictures.

Taking to her Instagram handle, Millie Bobby Brown shared pictures revealing how she spent her Sunday with Jake Bongiovi. In the first two pictures, the actor can be seen taking a mirror selfie showing off her outfit. Millie Bobby Brown is seen donning a white crop top with strawberry prints and ripped jeans. She opted for a pair of sunglasses, a pearl necklace, and a pair of sneakers. In the last picture, Millie can be seen striking a pose with rumoured beau Jake Bongiovi where they can be seen giving intense looks.

Along with the picture, the actor penned a note revealing details about the same. She captioned the post as, “strawberry Sundays”. Take a look at Millie Bobby Brown's Instagram post below.

As soon as Millie shared the post online, fans were quick enough to flood the comment section with all things happy and nice. Some of the users were all happy seeing this post, while some could not stop gushing over it. One of the users wrote, “yassss power couple”. Another user wrote, “you guys look so cute”. Take a look at a few more comments below. 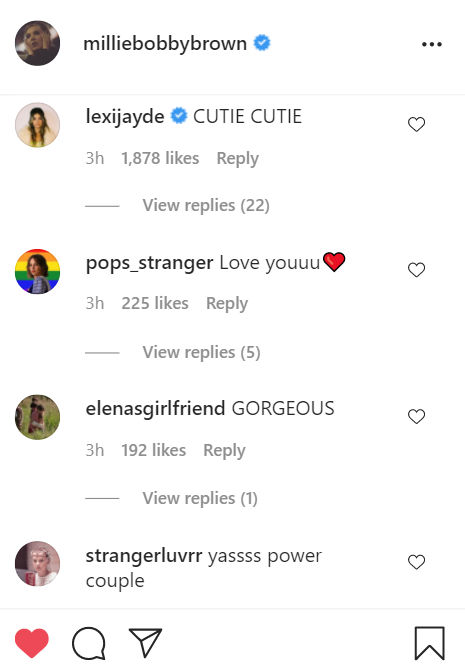 The Enola Holmes star was recently spotted walking hand in hand with Jon Bon Jovi's son Jake Bongiovi on the streets of New York. Fans have speculated that Millie Bobby Brown has been dating Jon Bon Jovi's 19-year-old son Jake Bongiovi based on the photos. Millie was photographed holding hands with Jake Bongiovi and roaming across the streets of New York on Thursday, June 17, 2021, according to a fan website. As they wandered through the city, the two were masked and took turns holding a tote bag containing the British actor's pet Winnie. This was the first time the two had been pictured together in public since early spring when they fueled romance rumours. Take a look at the post below.

A post shared by Stranger Things & IT Updates (@updating.sillie)