Jennifer Aniston and Adam Sandler recently announced that they are all set to return for a Murder Mystery sequel during Netflix's fan event, Tudum, on Saturday. 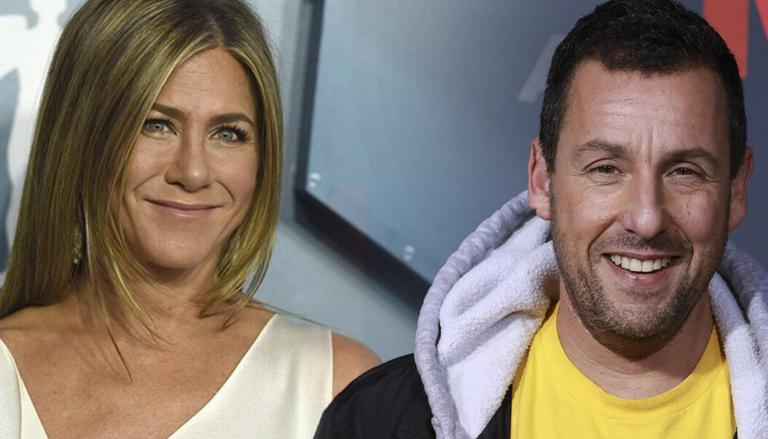 
Jennifer Aniston and Adam Sandler recently announced that they are all set to return for a Murder Mystery sequel during Netflix's fan event, Tudum, on Saturday, September 25. The sequel will be helmed by Jeremy Garelick.

During the Tudum fan event, the actors confirmed that they would be participating in a sequel to the 2019 comedy-drama currently titled Murder Mystery 2. The streaming company described the film as an international journey filled with mystery and hijinks.

While Jennifer and Adam were unable to attend the live event, the pair's zoom conversation was broadcast during the event. The chat started with Adam bringing up the topic of another movie by suggesting to Jennifer that they should get dinner in the near future. After which Jennifer proposed him to see each other on multiple occasions while noting that a lot of people died the last time they had met, pointing out at the original Murder Mystery film.

Further, David Spade joined the conversation and promptly asked Jennifer whether he could borrow her beach property while she was away. The clip ended by showing the title card for Murder Mystery 2 and a text graphic that read 'more mystery, some murders'. As of now, no release date or other production details regarding the film have been revealed.

READ | Adam Sandler reacts to viral video of him leaving IHOP restaurant with his daughter: Watch

Besides this, Netflix has also made numerous other big announcements as well as released teasers and first looks of the upcoming shows. The streaming platform revealed new looks from Stranger Things Season 4, Money Heist Season 5 Part 2, Bridgerton Season 2, The Crown, among others.

The 2019 Murder Mystery was watched by millions of households in its first few days of release and received mixed reviews from the viewers. The development on its follow-up was reported just months after its initial release, however, the involvement of the actors was not confirmed at that time.

READ | Jennifer Aniston says 'Friends: The reunion' was brutal and harder than expected

Directed by Kyle Newacheck and written by James Vanderbilt, the original film featured couple Jennifer Aniston and Adam Sandler as Audrey and Nick Spitz respectively, who get involved in an investigation regarding an incident on a billionaire's yacht. The cast also includes Gemma Arterton, Luke Evans, and Terence Stamp, among others in pivotal roles in the film.