Nayanthara is a popular South Indian actor who has essayed a variety of unconventional characters in her career that broke the ceiling. Check out her movies - 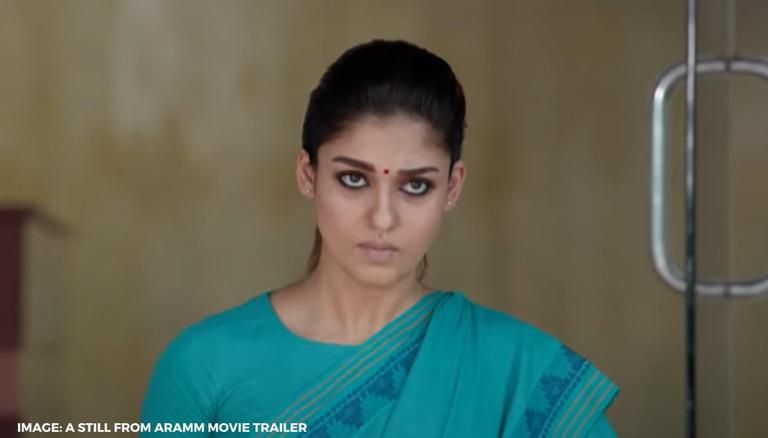 
Nayanthara has appeared in numerous Tamil, Malayalam and Telugu movies. She has also portrayed a variety of characters showcasing her versatility by choosing some unconventional female roles. Some of the movies where she managed to break the ceiling with her characters are Aramm, Billa, Kaashmora, Sri Rama Rajyam and others.

Released in 2017, the movie showcased Nayanthara as a powerful District Collector who faces a serious professional challenge when a girl falls in a pothole. The movie was a massive hit among the audience as well as the critics and it even won several awards and accolades. Other cast members of the movie included Sunu Lakshmi, Ramachandran Durairaj, Mahalakshmi, Kitty, Jeeva Ravi and others.

Directed by Vishnuvardhan, the Tamil action-thriller was released in 2007 and was a remake of the superhit Hindi film, Don. The movie showcased actor Ajith Kumar and Nayanthara in the lead while other significant cast members included Rahman, Prabhu, Adithya, Namitha, Santhanam, Yog Japee, John Vijay and many more. The movie turned out to be a blockbuster and received amazing reviews from the viewers.

The 2016 Tamil horror movie was written and directed by Gokul while it featured actor Karthi in a dual role. The movie also depicted actors Nayanthara and Sri Divya in pivotal roles while other supporting actors included Vivek, Madhusudan Rao, Pattimandram Raja, Saravana Subbiah, Siddharth Vipin, Sharath Lohitashwa and several others. The soundtrack of the film was immensely loved by the audiences and even the movie managed to do well at the box office.

Directed by Bapu, the movie showcased some of the talented artists from the South Indian film industry namely Nayanthara, Akkineni Nageswara Rao, Nandamuri Balakrishna, Srikanth, Roja, Murali Mohan, KR Vijaya, Sudha, Sameer, M Balaiah and several others. The movie received positive reviews from the audience and it even had a special screening at the International Film Festival of Sri Lanka. The movie was later dubbed in other languages too.

WE RECOMMEND
'Kathirvel Ka Pyar' cast: Know all about the cast of the romantic movie
'The Healing Song' from Nayanthara's upcoming film 'Netrikann' released; fans react
Nayanthara & Vignesh Shivan take 1st COVID vaccine jab, fans ask ‘where is the injection?’
Actor Nayanthara and beau Vignesh Shivan receive COVID-19 vaccine in Chennai
'Kanchana the Wonder Car': Find out who plays what in the film