Months after welcoming his first daughter with wife Priyanka Chopra, Nick Jonas opened up about having her at home and carrying out dad duties. 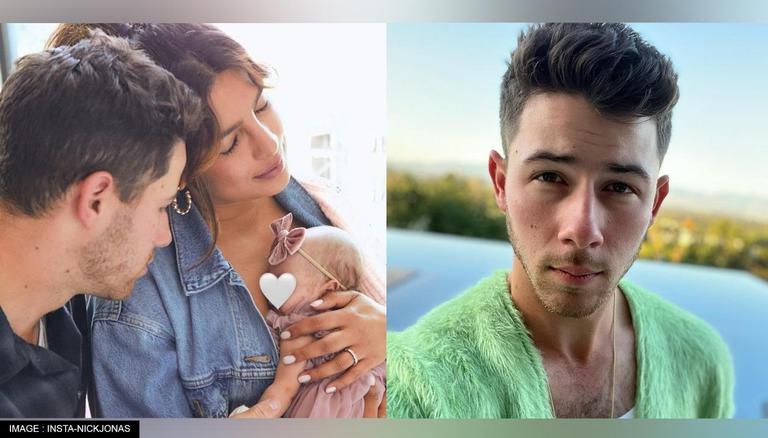 
Months after being in NICU, Nick Jonas and Priyanka Chopra's first baby, daughter Malti Marie Chopra Jonas finally came home to the couple. The duo first announced the birth of their baby in January this year via a joint statement on social media. They welcomed their first child via surrogacy.

Since the jovial announcement, the duo remained mum on the details of their new journey and only recently revealed the name of their daughter. After Chopra's lengthy note attached with a brief glimpse of Malti Marie, Jonas is dishing out details of life after becoming a father and having his daughter home.

During his appearance on The Kelly Clarkson Show, via People, the 29-year-old described life after becoming parents as the 'magical season' of their lives. He also added, ''It's pretty wild. She's the best,'' and stated that it was a 'blessing' to have her home. ''It's been wonderful."

Earlier, on the occasion of Mother's Day, the couple shared the first look at their daughter with a lengthy post reflecting on their tumultuous yet profound journey of becoming parents. Chopra wrote, ''On this Mother’s Day we can’t help but reflect on these last few months and the rollercoaster we’ve been on, which we now know, so many people have also experienced. After 100 plus days in the NICU, our little girl is finally home.''

''Every family’s journey is unique and requires a certain level of faith, and while ours was a challenging few months, what becomes abundantly clear, in retrospect, is how precious and perfect every moment is,'' she continued. Stating that they are 'overjoyed' to have Malti Marie home, the 39-year-old actor continued,

''We are overjoyed that our little girl is finally home, and just want to thank every Doctor, nurse and specialist at Rady Children’s La Jolla and Cedar Sinai, Los Angeles, who were there selflessly every step of the way. Our next chapter begins now, and our baby is truly a badass. Let’s get it MM! Mommy and Daddy love you. Happy Mother’s Day to all the mothers and caretakers in my life and out there. You make it look so easy. Thank you,'' the actor concluded.