American singer Nick Jonas recently took to his Instagram handle to share a reel video in which he was flaunting a huge starfish brooch on his coat. 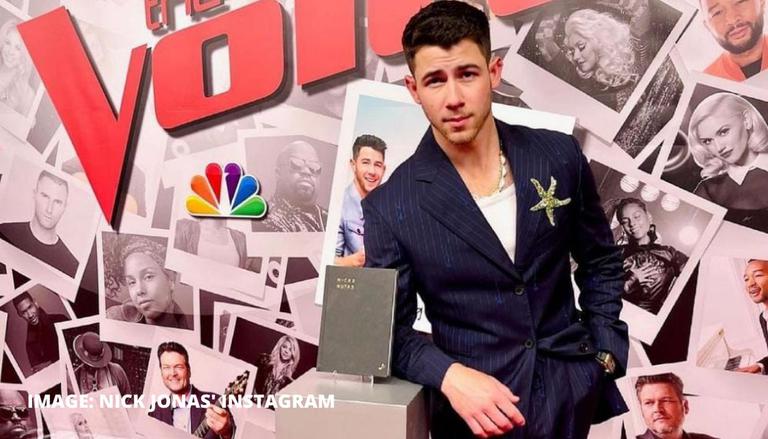 
American singer Nick Jonas has been a part of The Voice since season 18 of the reality show. After staying away from the show for one entire season, Nick has returned to the singing reality show as a coach. He recently gave his social media followers a sneak peek into the latest episode of the show. In the video, he was spotted flaunting a big brooch on his coat.

Nick Jonas recently took to his Instagram handle to share a reel video in which he was flaunting a huge starfish brooch on his coat. The reel began with focusing on the rock-studded brooch and zoomed out with Nick sitting in his chair and winking at the camera. In the caption, he wrote, "Big Brooch Energy 😉 #TheVoice".

Fans showered him with heart and heart-faced emoticons in the comment section. Here's how fans of the Jealous singer reacted to her video.

READ | Not Nickyanka? When Priyanka Chopra revealed her favoured nickname for her and Nick Jonas Nick Jonas on The Voice

Nick posed with the official poster of the show before it went live. He wore a vertical stripes navy blue coloured pantsuit with a white t-shirt. Nick completed his look with a starfish brooch and white and blue coloured sneakers.

READ | From 'Hannah Montana' to 'Camp Rock': A look at Nick Jonas and his Disney endeavours

Nick Jonas' Instagram was filled with photos, videos and stories from the sets of the singing reality show. One hour before the filming of the show began, Nick uploaded a reel on his Instagram handle in which he said, "All right one hour till we are live. I'm here on the Voice. Let's do this." In the caption of the video, he wrote, "@nbcthevoice here we go!". 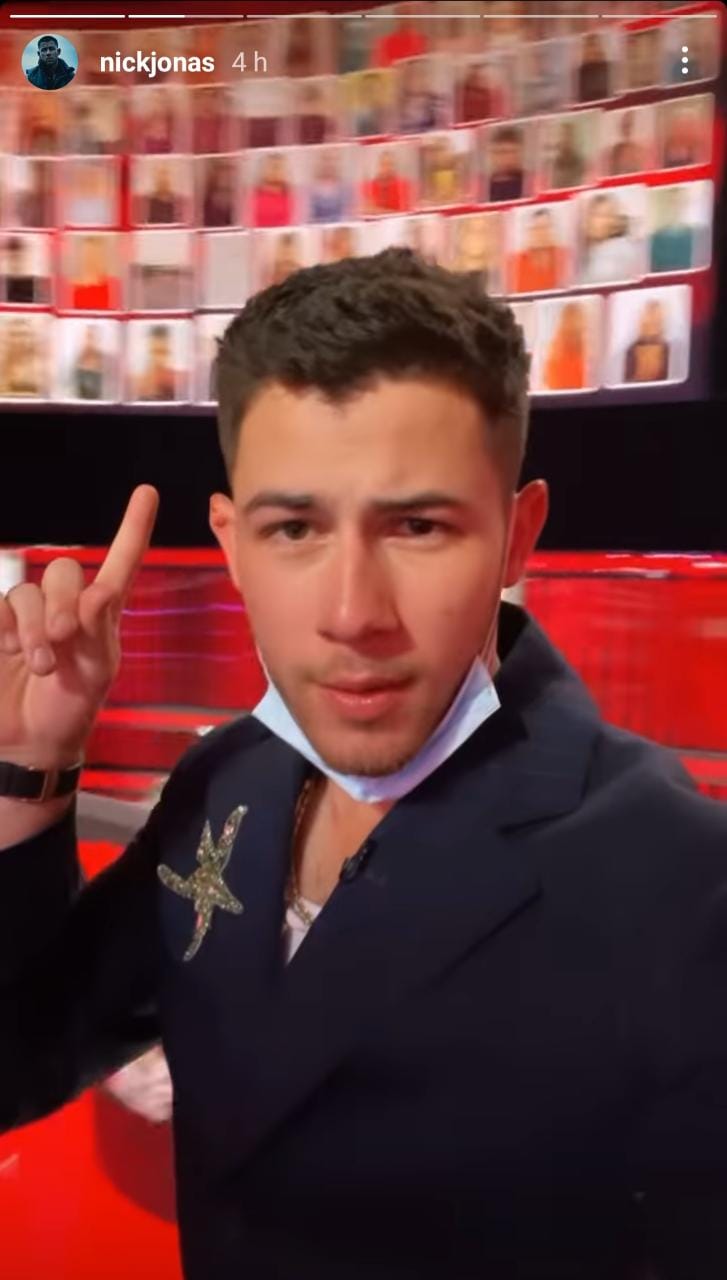 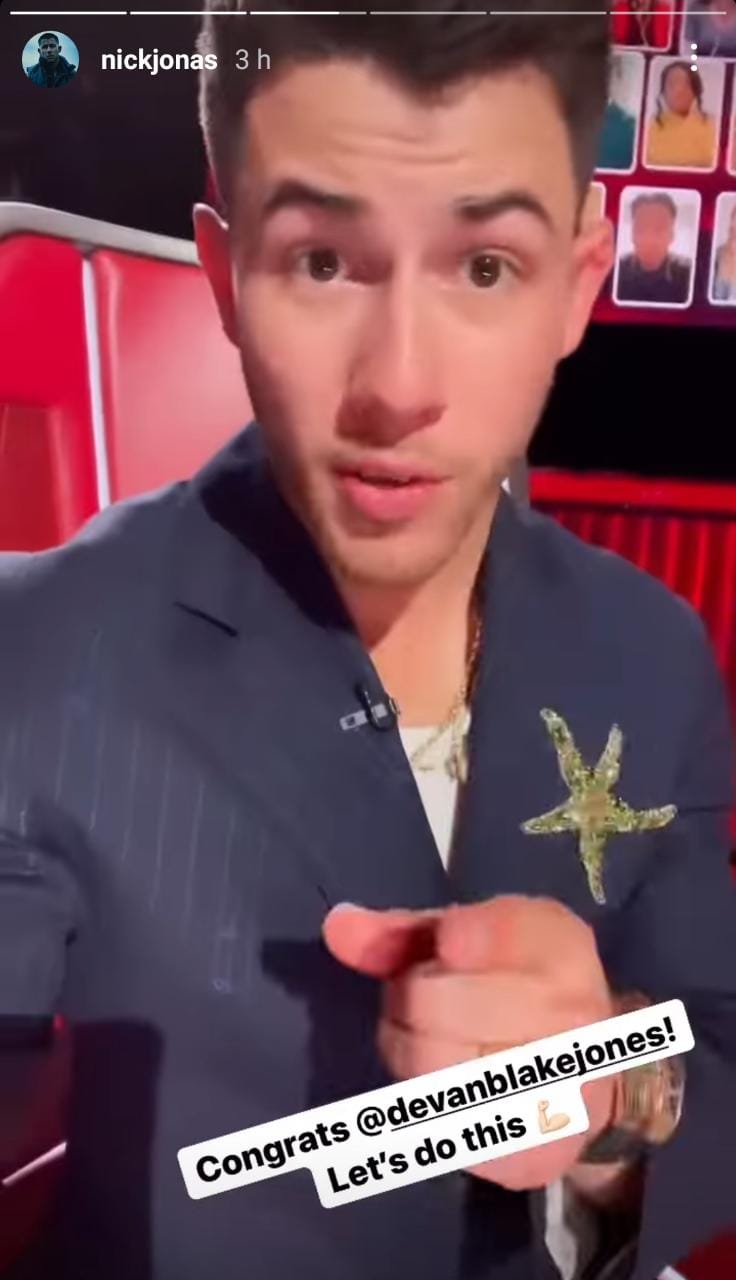