Nick Jonas appeared in the talk show and opened up about his bike accident where he told the audience which brother he chose to inform wife Priyanka Chopra. 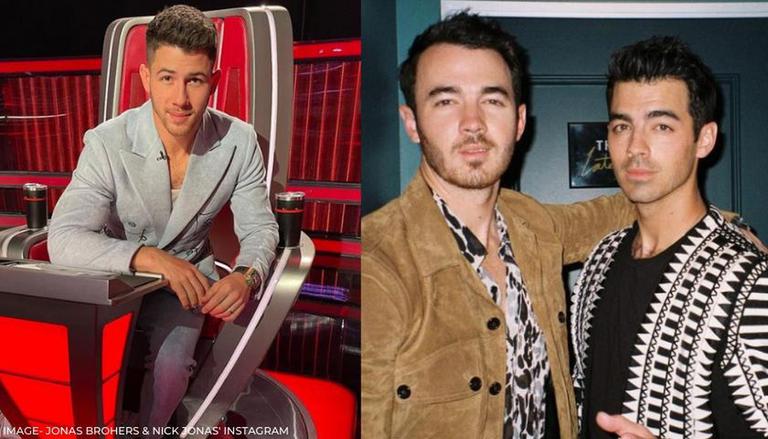 
Jealous singer Nick Jonas had a tough time post his bike accident when he did not only have to deal with the pain but also the pressure to decide which one of his brothers will make the call to his wife. The Jonas Brothers appeared on The Late Late Show with James Corden before going on a special tour and talked about Nick Jonas' injury. Read more to know which brother the youngest bandmate chose to make the call.

The 28-year-old dished out the details about his bike accident on the episode of the Late Late Show on the 26th of May. While the singer was being moved to the hospital, he was given the tough task of informing his wife Priyanka Chopra of his ordeal. Nick revealed that while the medic was attending to him, he was told to call his wife but was not in the position to make the call.

He stated that he had to make a choice between two of his older brother and bandmates, Joe and Kevin Jonas. Nick admitted in the interview that he gave the responsibility of calling his wife to the eldest brother Kevin Jonas. Kevin added on the conversation saying that he owed his calm and collectedness to being a father of two daughters.

The young singer was left with a cracked rib after a bike accident while filming for NBC's Olympic Dreams. Talking about his injury on his recent reality show, Nick informed his fans that he was feeling fine and recovering from the injury. After a few bumps and bruises and a cracked rib, Nick was not in the best physical state and hence, jokingly warned The Voice fellow judge Blake Shelton to not make him laugh too hard.

READ | Nick Jonas bids farewell to 'The Voice' co-judges, says he will miss them

The young singer was recently seen hosting the 2021 Billboard Music Awards post-accident. He took to his social media to credit his wife Priyanka Chopra for his speedy recovery and to support him. Expressing his gratefulness to Priyanka, Nick wrote, 'one who helped me every step of the way to recover and feel my best. I love you'.